I’ve always been an avid reader. I inherited my mom’s collection of Nancy Drew mysteries as a little girl and have been hooked ever since. I knew then I wanted to be a detective, but was realistic enough to know that wouldn’t happen while I was still a teenager. I needed to go to school and get more training.

But while I was in college, I discovered what would become my true inspiration: Angel St. Vincent.

She’s not real, she’s the main character in a series called The Angel Files, written by someone named A.C. St. Vincent, whom I always believed to be a nom de plume for various ghostwriters, not a real person.

More on that in a minute.

Angel was so … cool. I have no other word for her. She’s beautiful and tough and intelligent and not afraid to admit her faults and shortcomings, or own up to and pay for her wrongs. All while solving paranormal crimes around Chicago, where I happen to be from.

I fell in love with the series, and it became my “special interest”. I even went and bought a leather jacket to match hers. I wanted to be her in more ways than one, in no small part because she could do everything I could while being neurotypical.

I grew out of that bit when I graduated, because of course she could do amazing things: she wasn’t real. I am, and I’m glad for my “realness” these days.

So, after I went and met my benefactors who helped me get my career as a PI started, I received the shock of my life: A.C. St. Vincent is a REAL PERSON! More than that, she is my former training officer’s wife.

Anyway, you’ll have to keep reading to see how mine and “Angel St. Vincent”’s paths cross… 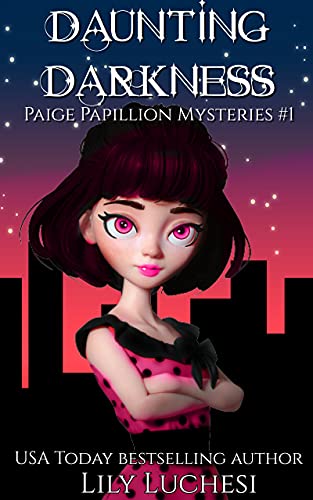 Following your dreams can become a nightmare.

Paige Papillon has always loved mysteries. So much so, she enlists in the Police Academy to one day become a detective.

But when she washes out of training, her Sergeant inspires her to go another route: become a private investigator.

After a few boring cases, she receives an envelope full of cash and mysterious clues that lead to the discovery of a cover up of paranormal proportions.

Worse, the Sergeant's wife is at the center of it. Can Paige solve the mystery and stay alive, or will she become a midnight snack for a monster?

REVIEW
*I received a free copy of this book which I voluntarily chose to write an honest review for.
This is a fun start to a new paranormal cozy series. We meet Paige who always dreamed of being a cop but cannot make it to the force. Instead she jumps at the chance to be a P.I. finding herself wrapped up in a murder case anyways. Full of intriguing twists, a wide range of characters, and a sweet fmc we get a fun read that makes for an enjoyable time. I really liked it so I give it 4/5 stars. 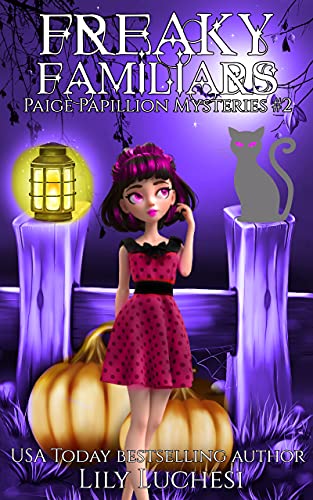 No time for a catnap for this paranormal detective!

Now aware that things that go bump in the night exist, private investigator Paige Papillon has expanded her business to include clients of all species.

Assisted by a former detective and his mystery writer wife with a checkered past, she begins to settle into her new job as Chicago's premier paranormal PI.

But when her best friend's cat goes missing, Paige realizes how much she still doesn't know about the supernatural world. It's a race against the clock to save a shapeshifter and prevent a witch's familiar from being sold to the highest bidder. 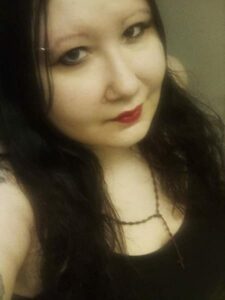 Lily Luchesi is the USA Today bestselling and award-winning author of the Paranormal Detectives Series.

She is also the co-owner of Partners in Crime Book Services, where she offers a myriad of services alongside her business partner Annie Smith, including editing.

She was born in Chicago, Illinois, where many of her stories are set. Ever since she was a toddler, her mother noticed her tendency for being interested in all things "dark". At two she became infatuated with vampires and ghosts, and that infatuation turned into a lifestyle. She is also an out member of the LGBT+ community. When she's not writing, she's going to rock concerts, getting tattooed, watching the CW, or reading comics. And drinking copious amounts of coffee.

She also writes contemporary books for adults as Samantha Calcott.

You can also keep up with Lily via her newsletter … and receive a free e-book as well!