Cover Reveal for Battle of Eirbor by Lynette Charrier 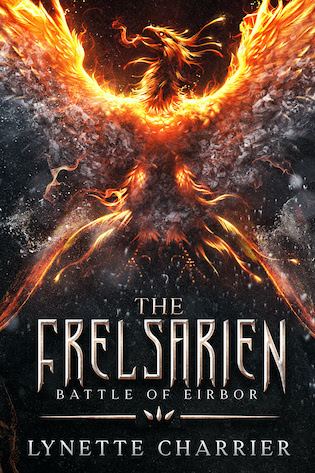 One hundred years of peace have shattered, and the gods have sent the most unlikely of Heroes, mortals.

On the planet Eyon, one hundred years of peace are shattered when the kingdom of Elmoria invades the neighboring kingdom of Tharon. Desperate to regain their lands and citizens, the Tharians beseech the gods to deliver Frelsarien to them—mythical prophets who, in the past, have used the power of the gods to bring peace to the land.

Meanwhile on Earth, Idun, Ayla, and Colton have no idea their bloodlines carry a curse that enslaves them to the Overseers — supernatural beings whose divine rule stretches across the universe, earning them the status of godhood. After the Overseers come to collect them, the three humans learn that they must bring peace between two warring nations, or be damned to a life on this planet with no hope of returning home.

When the three Frelsarien arrive, the Tharians are disappointed to discover that the gods sent nothing but ordinary humans. Some give up hope that they will be of any help, while others cling to faith. The Frelsarien must either find a new way to prove their worth to the overseers, or attempt to develop the powers they were promised. In the face of adversity, will they be able to rise up to the challenge?

In a gripping page-turner, author Lynette Charrier pieces together an epic tale against a backdrop of tyranny, strength and resilience. Battle of Eirbor is the first novel in the Frelsarien series, a masterpiece of epic crossworld fantasy. 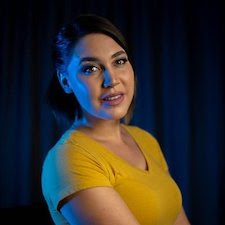 Lynette Charrier was born in Manitoba Canada but grew up in Southern California. There she met her husband who whisked her away back to his hometown of Naples Florida. Not long after she earned her degree in interior design and quickly found a job in the field. However her true passion lies with the writing community. Ever since she was little she had been making up stories of distant worlds and far off galaxies. Now she's excited to finally share those stories with the world.