Detectives Laura Baxter and Jack Holt are members of the elite: Las Vegas Metro PD, one of the toughest and most respected law enforcement agencies in the United States. In the middle of a city with two million residents and 43 million annual visitors, they’re hunting for a killer.

In a glamorous Las Vegas hotel, in front of hundreds of witnesses and under the lenses of countless video surveillance cameras, a young girl is brutally murdered. What promises to be a quick and easy investigation soon becomes a nightmare. The most recorded crime in Vegas is missing one key protagonist, the killer.

A crime-scene fingerprint unleashes dozens of unsettling questions instead of providing answers. Was this a murder for hire? In the politically-charged case, the scenario seems plausible; the victim’s secret life could’ve been the obstacle in an ambitious politician’s path. As the investigation unspools the well-concealed secrets surrounding the girl’s life, Baxter and Holt attract the attention of someone desperate to keep history’s terrible secrets buried.

A testimony from beyond the grave turns into a death warrant for the two unrelenting detectives. While they expose a connection with the victim’s distant past that could hold the key to catching her killer, they must learn to rely on each other to survive.

Two mavericks make an intriguing team. Baxter and Holt trust each other with their lives, only not with their darkest secrets.

Fans of James Patterson, David Baldacci, Karin Slaughter, and Robert Dugoni will be engrossed in this unputdownable police procedural that will keep you reading until the break of dawn.

Leslie’s novels break the mold of traditional thrillers. Fascinated by technology and psychology, Leslie brings extensive background and research in these fields that empower and add texture to a signature, multi-dimensional, engaging writing style.
Leslie released the first novel, Executive, in October 2011. It was very well received, including inquiries from Hollywood. Since then, Leslie published numerous novels and enjoyed growing success and recognition in the marketplace. Among Leslie’s most notable works, The Watson Girl (2017) was recognized for offering a unique insight into the mind of a serial killer and a rarely seen first person account of his actions, in a dramatic and intense procedural thriller.
A complete list of Leslie’s titles is available at http://wolfenovels.com/titles.
Leslie enjoys engaging with readers every day and would love to hear from you.
Become an insider: gain early access to previews of Leslie’s new novels!
Website * Facebook * Twitter * Amazon * Goodreads 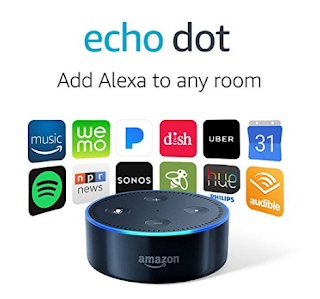