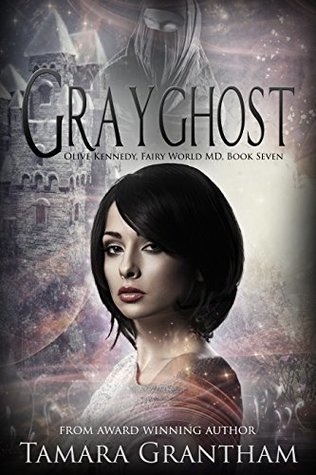 
The final installment in the epic Fairy World MD series by Tamara Grantham.
It’s been four years since Olive Kennedy sealed the portals between Earth and Faythander. Four years that she’s been living on Earth, working as a consultant to the Houston PD. It helps keep her mind off other things—like being separated from her husband and her dragon king stepfather.
Her ex, Brent Sanchez, works with her on the police force and helps her solve crimes. His friendship is a comfort—but also a reminder of what she’s missing. Everything changes when Olive discovers a broken mirror at a murder scene. It contains magic, and although it shouldn’t exist, it could be used as a portal to Faythander. Dark forces are at work, and the one person she wants by her side to help her is literally a world away. Olive will stop at nothing to solve the murder and return to the only place she calls home.
New from award-winning author Tamara Grantham, Grayghost is the thrilling conclusion to the best-selling fantasy series Fairy World MD.

Goodreads / Amazon / Barnes & Noble / iBooks / Kobo
—
EXCERPT:
Page 111… Discovering the Medusa Basilisk
Kull walked in front of me, and my father behind. We didn’t speak. It seemed as if even the sound of our voices would break the fragile spell shrouding the room. I wasn’t sure what sort of creature would have been held prisoner here. I studied the lines of runes covering the sand, realizing the spell might have been more complicated than I’d first thought. A few of the symbols I recognized, but most spells were never written. Still, some of the characters were familiar. The Ӿ-shaped symbol meant light.
“The runes,” I murmured. “Can you read them, Kull?”
“Yes, a few.”
“What do they mean?”
He pointed to a symbol near the center. “That arrow-shaped symbol means serpent. It’s been repeated quite a few times.”
I wasn’t getting a good feeling about this. I hated snakes.
“Wait,” Kull said, holding out his hand to stop me. “Look there.”
In front of him, an onyx statue carved to look like a snake lay across our path. Kull took a step forward, and held up his lantern. As the light touched the scales, the snake transformed, and flaming blue eyes opened.
The snake hissed, revealing its fangs. Kull removed his sword in one swift motion as the snake coiled, preparing to strike. He swung at the head, but the snake darted back, then slithered toward the center of the room.
Its lithe body slid over the sand, destroying the runes as it went. The room rumbled, and the floor sank in the center as a hole opened. The sand drained through it, emptying like an hourglass. The snake disappeared through the hole. We stood with our weapons ready.
“There go the runes,” Rolf said.
“And the snake. You think it will be back?” Heidel asked.
“Maybe Kull scared it off?” I said.
“Not likely,” he answered.
“What was it doing here?” Rolf asked. “You’d think if a snake lived down here, it would’ve disrupted the sand and all those runes before now, wouldn’t it?”
“It wasn’t an ordinary snake,” my father said. “I believe it was a basilisk.”
“Those are real?”
“They’re real, but they’re not going to turn you to stone, thankfully. Still, they’re extremely dangerous. I believe our light must’ve woken the beast. It had most likely been in this tomb for centuries, protected by the runes that kept it asleep. However, the spells to keep it unconscious are very sensitive, even light disrupts their balance.”
Kull cursed. “So, we’ve unleashed a basilisk?”
“Yes, but the question is—what sort of basilisk is it?”
“There are different types?”
“Yes, let’s hope it’s not a shape changer. Then we might be in some trouble.”
The sand continued pouring through the hole, its sound like waves moving through water.
“Let’s not wait around and find out,” Kull said. “Follow me.” He moved swiftly across the chamber toward the doorway on the opposite side. As I followed, I glanced at the hole. Most of the sand had drained, leaving only patches on the floor, the tiny crystals turning blue under the fey light.
When we approached the doorway, a stone slid over the opening, booming shut. We turned, but the entrance we’d come through also sealed. At the center above the hole, an image in the shape of a female appeared. Her form was translucent at first, with metallic skin, almost as if she were made of bronze. She was hairless and nude, though she had no features, like a mannequin. Slits replaced her eyes, but as her head swiveled and she focused on us, they opened and burned blue, like the snake.
My father cursed, catching me off guard. “It’s a Medusa Basilisk. Have your weapons ready.” 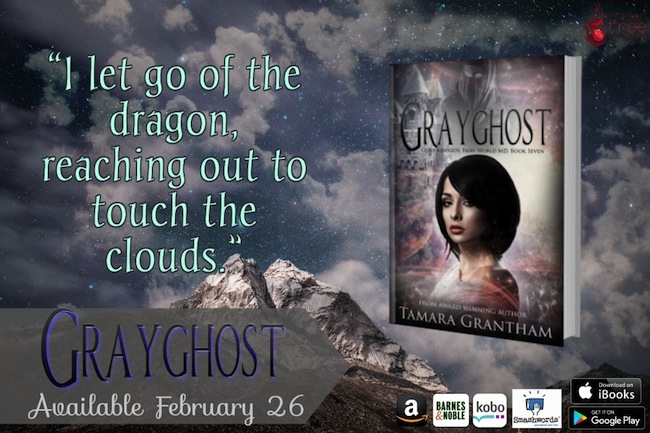 
Tamara Grantham is the award-winning author of more than half a dozen books and novellas, including the Olive Kennedy: Fairy World MD series and the Shine novellas. Dreamthief, the first book of her Fairy World MD series, won first place for fantasy in INDIEFAB’S Book of the Year Awards, a RONE award for best New Adult Romance of 2016, and is a #1 bestseller on Amazon in both the Mythology and Fairy Tales categories with over 100 reviews.
Tamara holds a Bachelor’s degree in English. She has been a featured speaker at the Rose State Writing Conference and has been a panelist at Comic Con Wizard World speaking on the topic of female leads. For her first published project, she collaborated with New York-Times bestselling author, William Bernhardt, in writing the Shine series.
Born and raised in Texas, Tamara now lives with her husband and five children in Wichita, Kansas. She rarely has any free time, but when the stars align and she gets a moment to relax, she enjoys reading fantasy novels, taking nature walks, which fuel her inspiration for creating fantastical worlds, and watching every Star Wars or Star Trek movie ever made. You can find her online at www.TamaraGranthamBooks.com.