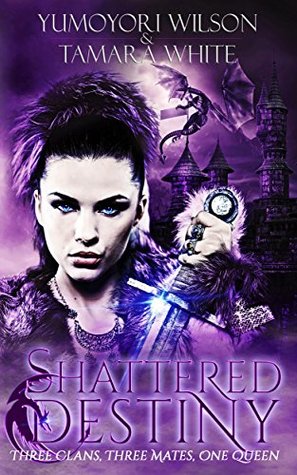 
What if one act of kindness shatters your destiny? One moment that changed your life forever. Would you embrace it or fight with everything you had?
Born to a powerful mother and father, both highly respected in our clan for their magic and strength, I was neither powerful nor respected. I was born a null. Devoid of any of the strength or power of my clan and to make matters worse, my attempted shift into dragon form revealed I’m nothing more than a mere human.
When my mother became ill and my father abandoned us, I became the head of the household. I didn’t mind doing hard labor; actually, I enjoyed knowing I could be of use to my mother by performing the duties she could no longer do.
My life had become the same routine until I decided to step in and help an injured dragon who crossed my path. After healing them, my clan turned on me, taking me to the King to be interrogated. Now, I’m free and on the run – beginning my journey into the unknown.
I am Abigail Fiammetta. I vow to live and reclaim the shattered pieces of my life. Even if I have to kill to do so.
SHATTERED DESTINY is a new REVERSE HAREM, paranormal series. Recommended for 18+ audience, containing mature sexual content, violence and strong language.

Goodreads / Amazon
—
EXCERPT:
“If you think I did such a horrible job, why don’t you stop talking the talk and walk the walk? Fight me,” I declared.
I could hear gasps around me, the villagers were clearly shocked by my announcement. Raphael narrowed his eyes at me, giving me a good up and down look. He grinned, sighing dramatically before he took a step forward, his tall frame hovering over me.
I wasn’t going to be intimidated by his height, glaring up at him in defiance as I stood my ground.
“You could get hurt, pretty girl,” he whispered low enough, so only I could heed his warning.
“I don’t care. Sometimes you need to prove your worth to be seen as an ally rather than a burden,” I whispered back.
I tried to ignore the soft fragrance that hit my nose and ignore his handsome face.
I bet all the women swooned over him, and even though I wouldn’t tell him to his face, he was attractive and doing his share of making my body tingle in want.
Maybe it was the weird connection I was trying to ignore—a force begging for us to be closer…to be one? Wait a minute. Did he just call me pretty?
He grinned, and for a second I saw pride flicker through his purple eyes that lingered on my lips before he stepped away.
“Alright. Let’s see what you’re made of, A-B-Gail.” 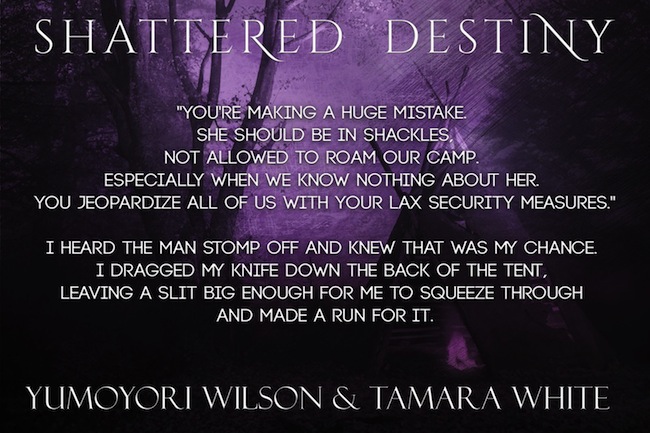 
Yumoyori Wilson is from Toronto, Ontario. She loves to sleep and write her days away. She works at night as a registered nurse. She has a little addiction to bubble tea and coffee but loves to workout. She has big plans for the writing world and can't wait to share them with everyone.