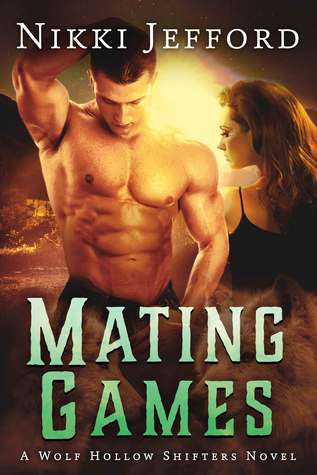 
A FEMALE GUARDING HER HEART . . .
Hot-tempered, agile, and jaded, Jordan spurns the match her father is pushing between her and the swaggering mammoth, Raider. She’d happily let one of her fawning sisters take him, but her packmates are taking bets on who Raider will ultimately claim. Jordan wants nothing to do with the insufferable beast . . . until he saves her life.
A MALE CARRYING THE WEIGHT OF HIS PACK . . .
All brawn and no brains, that’s what most male shifters think when they see Raider. The females treat him as a strong, attractive prize they want to sink their claws into. Only one female avoids him, which is fine with him until they are paired up for patrol. The hot-blooded she-wolf doesn’t have to like him, but she’ll have to find a way to perform her duties.
ENTANGLED IN A WEB OF DECEIT . . . AND DESIRE
When Jordan’s life is threatened, along with several packmates, the mating games take a dangerous turn.
Something sinister is happening in Wolf Hollow and outside forces threaten the impassioned bond forming between two shifters fated to be together. 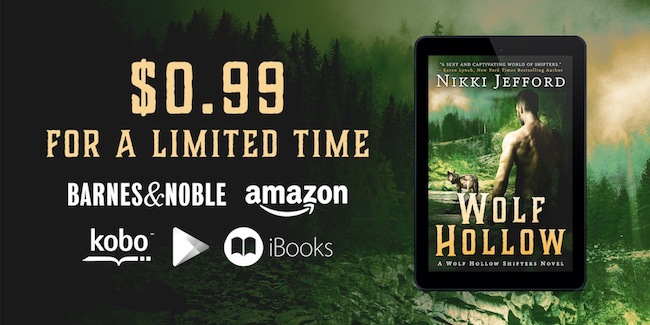 Book 1 – Wolf Hollow – is only 99¢ for a limited time!
Amazon / Barnes & Noble / iBooks / Kobo / Google Play
—
EXCERPT:
A figure flew around the bend, emerging through the thicket on two long legs. Jordan screeched in surprise when she saw him directly in her path. Seconds later, her eyebrows slashed across her forehead angrily as she regained her composure. As Raider shifted, crouched on the ground, she spun around to avoid seeing him naked.
Jordan kept her back to him. “What were you doing snarling in the middle of the trail like a mad wolf?” she demanded, gesturing with her arms.
She looked ridiculous addressing the trees rather than facing Raider as he stood and dusted himself off.
“What were you doing crashing through the forest like a vulhena on the attack?” Raider fired back.
Jordan whipped around, mouth agape as though indignant. With her jaw clenched, she shot him an incredulous look that faded as her eyes slid south, inch by inch, as though drawn down against her will. Her gaze brushed over him where the wind did not. It slid down his chest and slipped further yet, to his thighs and the hardness between.
A moment of pride swept over Raider when he caught the whites of her eyes as they widened right before they snapped up and met his. Her cheeks flushed bright red. She twisted around, causing dust to rise around her ankles with her speed. His cock tightened and pulsed at the sight of her pert back end, as though she’d turned in offering rather than aversion.
Normally not one to taunt, Raider couldn’t help himself now. “Don’t tell me you’ve turned shy, Jordan. It’s not like you haven’t seen a cock before… Well, maybe not one this big.”

Nikki Jefford is an adventure seeker, storyteller, and book lover. She is a third-generation Alaskan now living in the Pacific Northwest with her French husband and their Westie, Cosmo. When she’s not reading or writing, she enjoys nature, hiking, and motorcycling.