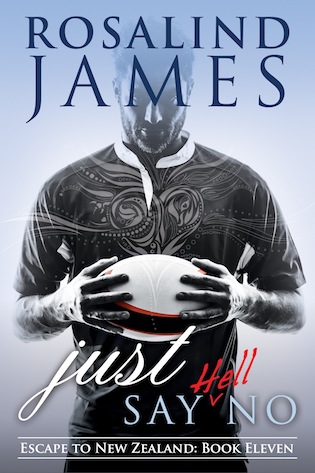 Even a hard man needs a soft side.
Marko Sendoa isn’t a beach man. He’s not an Auckland man. He’s a hard man. Born Basque, raised in the heart of New Zealand’s Southern Alps, and bred on hard work, discipline, and getting the job done. It’s not easy for a rugby flanker to make it to age 32 at the top of his game, but he’s done it. Next year is the Rugby World Cup, and he’ll do whatever it takes to be on the field in the black jersey when the anthems are sung.
He doesn’t need a kitten.
He doesn’t need a pregnant cousin.
He definitely doesn’t need a too-short, distractingly curvy, totally unimpressed Maori barista and part-time pet portraitist who fills his house and his life with too much color, too much chaos, and too many secrets.
He’s getting them anyway.

Goodreads / Amazon
—
EXCERPT:
Ahead of him, the girl looked tense. The running was new, probably. Felt too hard. That had to be it, considering the speed she was going. He caught up and said, “Excuse me.”
She whirled on him so fast, he started running backward out of habit.
“I have Mace!” she announced, all but baring her teeth.
Oh. She’d heard him coming up behind her. He blinked, realized he was still jogging backward, stopped, and said, “Uh . . . no, you don’t. But no worries. You don’t need it.” There wasn’t room to conceal more than a car key in that kit she was wearing. A flippy little zebra-print skirt,and a black sports bra that dipped low enough in front to show some cleavage. She was a curvy little thing and no mistake. Not that he was looking. She was advancing on him like the stroppiest terrier in the litter, and despite her aggression, he could see the fear underneath.
First the pub, and now this. He didn’t scare women. He was careful. He put up both palms and said again, “No worries.”
She seemed taken aback for an instant, but recovered fast. “I’m not worried,” she said. “But maybe you should be, eh.”
A hint of a Maori accent there. He considered explaining that he liked blondes, but she opened her hand, and bloody hell, but she did have a tiny metal canister laced between her fingers, together with her keys. An older couple was coming toward them with a Golden Retriever on a leash, and Marko had a sudden flash of his photo in another newspaper. Staggering around, tears streaming from his eyes, Maced on a bush track after attacking a jogger. That would be a good look.
Brilliant. 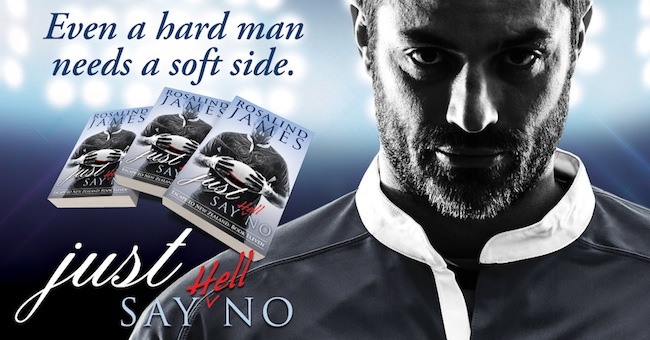 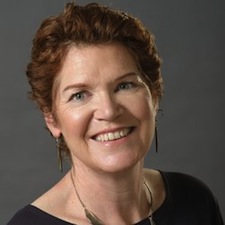 
Rosalind James writes contemporary romance and romantic suspense published both by Montlake Romance and independently. Her stories are set in New Zealand, Idaho, California, New York . . . really, anyplace that seems cool. (Research trips, especially those involving lots of rugby, are a bonus.) Her books are available in ebook, paperback, and audio formats. Rosalind is a former marketing executive who spent several years in Australia and New Zealand, where she fell in love with the people, the landscape, and the culture of both countries. She attributes her rapid success to the fact that "Lots of people would like to escape to New Zealand! I know I did!"