People say there’s no such thing as bad publicity. But when you’re accused of murdering a co-worker it’s not a good thing, believe me.


In real estate sales, we say, “Location, location, location.” I’ve learned police detectives say the same thing and it looks like I was in the wrong place at the wrong time, and so were my fingerprints.
I’ve gone from being the top sales associate at Prestige Properties and wheeler and dealer about town, to hanging around the house in my PJs, watching talk shows and eating frozen waffles. What is this, the post-break up scene in a “Bridget Jones” flick?
Seriously, does anyone want to be famous for poisoning an office rival’s diet shake? I’ll pass on that dubious honor, thank you. Yes, I lose my temper. Yes, I’ve launched some nasties at dear, deceased Liza Devereaux, which I certainly regret now. But bad mouthing a person is a lot different than killing one, don’t you think?
The police don’t seem to agree. Frankly, this situation is going from bad to worse. Right now, only two things stand between me and an orange jumpsuit. Which by the way, is definitely not my color. I’ll look like a pumpkin with an expensive hair cut.
First, the fact that sweet Liza double-crossed everyone in the office and had a load of secrets stashed in her designer handbag.
Second, and even more important, my loyal group of friends, the best pals you could ever imagined. They love me unconditionally and have my back, no matter what. Even if my mouth works faster than my brain sometimes, and gets me in worlds of trouble.
These are friends who will do anything to clear my name.  Maggie’s cozy shop, The Black Sheep & Company, is the perfect spot for us to hash out clues, size up suspects, swap gossip and even do a little knitting.
I’m definitely the lamest stitcher in the group. I guess you could say I’m in it for the sisterhood and the sleuthing. We do eat some tasty meals together, too.
It looks like you’ll see me on the front page of the Plum Harbor Times very soon. The headline might say, “Psycho-Soccer Mom Pleads Not Guilty.” Or, my friends will untangle this knotty mess and discover the low down culprit who really killed Liza. That headline will be, “Stop Gossiping About Suzanne Cavanaugh - She’s Totally Innocent. Just Like She Told You!”
Too long? Yeah, I guess so. I can’t help it. The words just pop out. You’d think I’d learn my lesson by now.

When a fellow Black Sheep Knitter is suspected of poisoning her coworker, the group puts down their needles and takes up their friend's defense . . .
Suzanne Cavanaugh has just about had it with her office rival at Prestige Properties. It's bad enough that Liza Devereaux is constantly needling her at work, but when she shows up at one of Suzanne’s open houses to poach potential buyers, it’s the last straw. No one in the office fails to hear the two snarling at each other.
When Liza is later found dead in her office cubicle—poisoned by a diet shake—Suzanne becomes the prime suspect. It’s soon discovered, though, that Liza had double-crossed so many around town and stashed their dark secrets in her designer handbags that anyone could be the culprit.
The Black Sheep Knitters have no doubt their friend has been framed—but they need to prove it. Stirred to action, they get together to catch a sneaky killer who's trying to pull the wool over everyone's eyes . . . 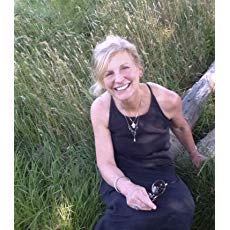 Anne Canadeo is the best-selling author of more than 30 books, including the Black Sheep & Company Mysteries, and as Katherine Spencer, the Cape Light and Angel Island series. She somehow manages to write a lot, despite many and much loved distractions -- such as digging up the garden, hanging out with her dog, trying new recipes, drinking copious amounts of mint tea, eating chocolate and volunteer work in the community. She lives in Northport, NY, a village on the Long Island Sound very much like the settings of her stories. Anne loves to hear from readers. Answering their messages is definitely another favorite distraction in her day.


What  an adorable cozy mystery that centers itself around a group of knitters. This is an established group that doesn't really bat an eye at murder though they do get upset when one of them is the main suspect. These women really know how to rally to a cause finding clues left and right. A fun story fit for all ages just like the characters. A knitters delight. I really liked it so I give it 4/5 stars.

Have you signed up to be a Tour Host? Click Here Find Details and Sign Up Today