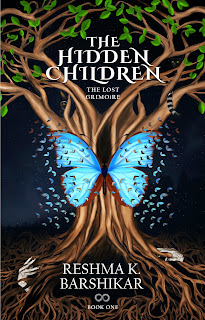 ‘What price would you pay to be extraordinary? What would you do to speak to a butterfly?

Shayamukthy cruises through life: shooting hoops, daydreaming and listening to her favourite books. Even moving from the US to India, to a new school, a new culture, hasn't really rattled her. But something isn't right anymore and it begins when 'New Girl' joins the school.

She pulls Shui into a world of magic and wonderment, a world she has been hidden from all her life. What starts as a quest to look for a lost book, hurtles Shui into a world where people live in trees, talk to the dead and speak to butterflies.

But like all power, magic comes at a steep price, and under all things wondrous lie demons waiting to crawl out. The more Shui learns, the more she doubts everything and everyone around her.

Will she be able to master her powers, or will they devour her and everyone she loves?


Order Your Copy from AMAZON now!
Read an Excerpt:

I think I am ordinary. I lack purpose. Boohoo you think, typical teenager angst. But if I died tomorrow, it wouldn’t impact anyone’s life except my parents’. My friends, on the other hand, they have a life. See them there, yes there, to the right, next to the banyan tree behind the basketball court. You see a slightly pudgy boy and a beautiful girl? The boy’s name is Jai. The girl’s name is Nallini. Both have purpose. Jai wants to write comic books. He wants to be like Neil Gaiman or something, some famous comic-book guy. Nallini wants to be an actress, the next Deepika Padukone – that, and to win next year’s gold medal in Jujitsu.

She has absolutely no problems reconciling the inherent contradictions in both her desires.

I want nothing, need nothing, except something to need. I can’t see past today even to tomorrow; I have a hard enough time figuring out what I am now. I am not from a broken home, unless you count the fact that parts of the building I live in are falling apart. I am not poor, not like Anuki Chabria who got called out of her exam because her parents couldn’t pay her fees. I do not have acne bursting on my face, making me look like a human cheese grater. I am just, well, ordinary. So could you really blame me? Blame me for wanting to be special? Blame me for wanting to be fierce? To be like Storm from the X-Men, or like Beyoncé? When I look back now, at everything that has happened in the last few months, I realise I’m just as much to blame as her. The big question – well, it’s not a big question at all, really, because it’s all rubbish now, because you can’t go back. Even I can’t go back. So the absurd question everyone around me seems to asking is – would I have acted differently, would I rather NOT be the person I am now?

And neither would you. What price wouldn’t you pay to be extraordinary, to ride the wind, to float with unicorns, to be the one chosen...? Because, you see, I’ve gotten into some serious trouble and want to explain myself. I didn’t mean for things to happen. I didn’t mean for someone to die. So I ask you – wouldn’t you have said yes if someone said – ‘Do you want to learn how to speak to a butterfly?’ 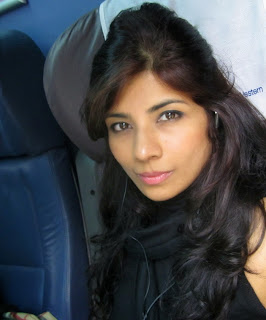 Travel writer and novelist Reshma K Barshikar is an erstwhile Investment Banker who, as she tells it, ‘fell down a rabbit hole and discovered a world outside a fluorescent cubicle.’ As a travel and features writer, she contributes to National Geographic Traveller, Harper’s Bazaar, Grazia, The Sunday Guardian, SilverKris, The Mint Lounge and The Hindu. Fade Into Red, published by Random House India was her debut novel and featured in Amazon Top 10 Bestsellers. She also holds well renowned workshops for young adults at both BDL Museum and Kala Ghoda and is keen to build a strong Young Adult reading and writing community to fill the desperate lack of young adult fiction in the Indian Market. Her new Young Adult novel, The Hidden Children, will be launching at the Vizag Junior Literary Festival. Reshma is from the ISB Class of 2003. She calls both Mumbai and the Nilgiris home.