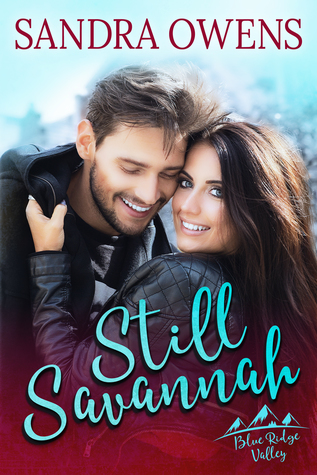 He was her first love, the boy who broke her heart. When her life falls apart she turns to the man he is today. She is a wounded soul, and he is just the man who can help her heal, but only if he dares to risk his heart again.
Known simply as Savannah, a beautiful face on the covers of glamour magazines, Savannah Graham has the perfect life… or so it seems to the world. Behind closed doors her reality is far from perfect. When a person she should be able to trust threatens her, she returns home to Blue Ridge Valley, the only place she feels safe. The valley is also where he lives, her first and only love.
Adam Hunter stepped out of Savannah Graham’s life nine years ago so she could follow her dream. She was his first love, and there is still an ache in his heart for what he lost every time he sees her face on the cover of a magazine. Now she’s home, needing protection, and he can’t refuse. When the danger is over, she will return to her glamorous life. So she’s not the only thing he has to protect, he also needs to safeguard his heart.

Goodreads / Amazon / Barnes & Noble / iBooks / Kobo
—
EXCERPT:
“Savvy?”
“Mmm?” I opened my eyes to see Adam peering at me.
“Why are you in bed with me?”
“I couldn’t sleep. What time is it?”
“It’s early. Come here.” He pulled me to him, spooning me. “Go back to sleep.”
“’Kay.” But I couldn’t, not with his body wrapped around mine and his face buried in my hair. I wanted to stay cocooned by him, though, so I pretended to sleep while soaking up everything about this moment—his body heat, his scent, his skin pressed against mine. His breaths evened out, and when I was sure he was asleep again, I pulled his hand against my chest, linked our fingers, and pushed back so that every part of me was touching him. He gave a sigh of what sounded like contentment that brought tears to my eyes.
Our chance had passed. I knew that, but I would selfishly horde these special moments until it was time to leave him again. Apparently I did go to sleep because when I woke up, Adam was on his back and I was sprawled over him with one of my legs captured by his.
Unable to resist, I touched his bottom lip with a finger, smiling when his lips twitched. Before he opened his eyes and found me covering him like a blanket, I started to ease away.
The arm he had around my back tightened. “Going somewhere?”
“I guess we should get up.”
“Is that what you really want to do? I’m asking because you were molesting my mouth a few seconds ago. Thought maybe you had something else on your mind.”
“No,” I whispered. “It’s not what I want.”
He flipped me over, and with his chest over mine, he looked down at me. “Tell me what you want, Savannah.”
“This off.” I tugged at the T-shirt he’d worn to bed.
I’d only been with two men, Adam and Jackson. With Adam, intimacy had been a beautiful thing. The boy who had loved me had made love to me as if I were his treasure. Jackson in bed had been all about power and control. It had been ugly and humiliating. I wanted Adam to wipe those memories away. I wanted to be treasured again.
“This won’t mean anything. Are you sure you’re good with that?”
No, I wasn’t. I wanted it to mean everything, and his words sent an ache to my heart. But he was right. We weren’t Adam and Savannah anymore. We were only two consenting adults who would share some time together before we each went back to our lives.
I put my finger on his lips. “Shhh. Make love to me, Adam. That’s all I’m asking for.”
His eyes turned soft as he lowered his mouth to mine. His lips brushed over mine, teasing at first, then growing hungrier. The kiss grew deeper, more passionate, the soft caresses firmer and more demanding. It felt as if sparks flew around us, electrifying the air. He slid his hands to my back, slipping under the camisole I’d worn to bed. His fingers trailed up and down my spine, causing me to shiver as pleasure followed the path of his hands. When his tongue probed the seam of my lips, I opened for him. I would always open for this man.
While his tongue explored my mouth, I was busy exploring his body. The new muscles he’d acquired since we were together—the ones I’d been dying to touch—were firm and rock-hard against my fingertips. Heat poured from him, warming me. I had the stray thought that if Adam was always next to me, I’d never be cold again.
“Are you sure you want this?” he said again.
I liked that he asked, and I knew if I said no, that he would stop. “I’m sure. Are you?”
“God, yes.”
There was so much emotion in those two words, as if this meant more to him than just sex with a random woman. He rolled away, pushed off the bed, and stood.
“Adam?” Had he changed his mind? If so, I might die.
“Condom,” he murmured as he headed for the dresser where he’d left his wallet.
I watched him, appreciating the view of his back, of the shoulders that had grown in width since high school. When he turned, condom in hand, his beautiful eyes held mine prisoner as he prowled back to me. My heart, already thumping in my chest, beat even harder.
He stopped at the edge of the bed, his gaze still on me, and dropped the condom on the night table. When he put his hands on the waist of his sweatpants and raised a brow, giving me one last chance to say no, I sat up and pulled my camisole over my head. A thrill shot through me when he exhaled a long breath as the blue of his eyes darkened.
“So beautiful,” he whispered and then pushed his sweats down his hips.
No, he was the beautiful one. Being here with him, the way he was looking at me with heat burning in his eyes, made me feel intoxicated, as if I’d consumed an entire bottle of wine. He leaned over and kissed me again. This kiss was different. It was gentle and tender, and if I didn’t know better, I would have thought he had feelings for me. Don’t start thinking like that, Savannah, I warned myself. He’d broken my heart once, and I wouldn’t let him do that to me again.
“I’m going to feast on you,” he said, stretching out next to me. He cupped a breast. “I’m going to taste you here.” He danced his fingers down my stomach to my sex. “And here.”
“Are you asking permission?”
“No, Savannah. I’m taking what I want.


A best selling, award winning author, Sandra Owens lives in the beautiful Blue Ridge Mountains of North Carolina. Her family and friends often question her sanity, but have ceased being surprised by what she might get up to next. She's jumped out of a plane, flown in an aerobatic plane while the pilot performed death-defying stunts, has flown Air Combat (two fighter planes dogfighting, pretending to shoot at each other with laser guns), and rode a Harley motorcycle for years. She regrets nothing.
A member of Romance Writers of America's Honor Roll, Sandra is a 2013 Golden Heart® Finalist for her contemporary romance, CRAZY FOR HER. In addition to her contemporary romantic suspense novels, she writes Regency stories.