I’m Hap Rogers, a lawyer. To look at me you’d think I stepped straight out of a novel about the old south. I favor white linen suits, always have liked ‘em. I think they make me look like I’m wise and know what I’m doing. And, most times, I do, although people often underestimate me because my white hair makes me look like I’m old. Well, I am old!
(Author Lesley A. Diehl steps in here to explain: Hap Rogers is the father of Clara Rogers, the woman who hired Emily Rhodes, the protagonist of Scream Muddy Murder, as a bartender at the Big Lake Country Club. Clara was the manager there then. Now she’s a lawyer in partnership with her father, Hap. Back now to Hap.)
Here’s how I got involved in the Bog Lake mysteries. Poor little Emily Rhodes, the amateur sleuth in Scream Muddy Murder, had no money and no job and had been arrested by the local police on suspicion of murder. Once the cops let her off, they then arrested my daughter for the murder. It was clear both gals needed serious legal advice although I was disappointed Clara didn’t know better, not defending herself. But she had her reasons as it turns out. Anyway, that’s water under the bridge. The whole messy situation got me out of retirement, and that’s good. All I was doing was chasing women around the retirement center where I live and trying to win money playing poker with the guys there. I’m not saying the center isn’t a fine place, but a man like me needs diversion, and bingo on Wednesdays isn’t my idea of a fun time (they don’t allow any side bets). So now Clara and I are partners in our own law firm. I still live in the center and use my room as my law office. Residents can find me easily if they need legal advice. There’s no sign, but I just tell everyone to look for the pair of Brahman horns that hang outside my door. “Look for the bull,” I say. Anyone who needs me usually finds me.
Keeping busy with law cases means I had to give up playing poker. It kept me up late at night. I’ll bet I didn’t get to bed on poker nights until 8 or 9. But I’ve kept my hand in when it comes to wooing the ladies. My daughter is used to my ways, but when I first met Emily, I think she was a little surprised at the number of women who came and went from my room. I never let my avocation get in the way of the seeking justice for my clients. Aside from my daughter, I may be the only honest lawyer in the county. I’ve been practicing law here so long that not only do I know where all the bodies are hidden, I know who buried them.
My daughter and I get along fairly well although she seems to think she should take all the criminal cases in our firm and leave me the wills, real estate transactions and other paperwork. She tells me it’s because I’m so good at this detailed work, but I think she believes she’s protecting me—as if I don’t know how wicked this world is. She hasn’t come into contact with half the thieves, con men and killers I have. Doesn’t she know how I paid to put her through law school? Well, of course, some of the money came from my skill at card games and from some play at the local casino. Clara thinks the law is all about doing everything on the up and up. She doesn’t understand that sometimes justice can be achieved a by leaning a bit on others like giving a little nudge to a few crooked judges around here. The one who took Emily’s case needed reminding that his version of being Christian needed a tune up.
Clara also thinks I need some new suits, claims the ones I wear smell like moth balls. Well, of course they do. Until I came out of retirement, those suits sat in the back of my closet for years. How else could I keep ‘em nice? Well, maybe they are a little yellowed, but the naphtha smell serves to remind my opponents of my long history as an attorney around here, a history that includes knowing what they did when they were only in knee pants. Keeps them humble…and honest.
As for chasing women, I don’t actually chase them. They come to me. I’m a good listener, and I can keep a confidence, a necessary trait when you live in a facility where gossip is almost the only exciting thing that happens—aside from playing the lottery. My one true love was Clara’s mother. That doesn’t mean there haven’t been other women in my life, but I’m not in a hurry to tie the knot again. I like having a beautiful woman on my arm, and it doesn’t hurt if she enjoys the same recreational activities that I do. I wish Clara would find a man. Since she divorced her husband, there hasn’t been another man in her life. I’d set her up with a date, but all the guys I know are over eighty and, given the lack of older men, those fellas are already too busy to take on another sweetheart. Besides, they’re too old for Clara. She needs someone who can keep up with her, and she’s a fast mover. “Ouch.” Clara just swatted me and told me to mind my own business. I guess I will, for now anyway. 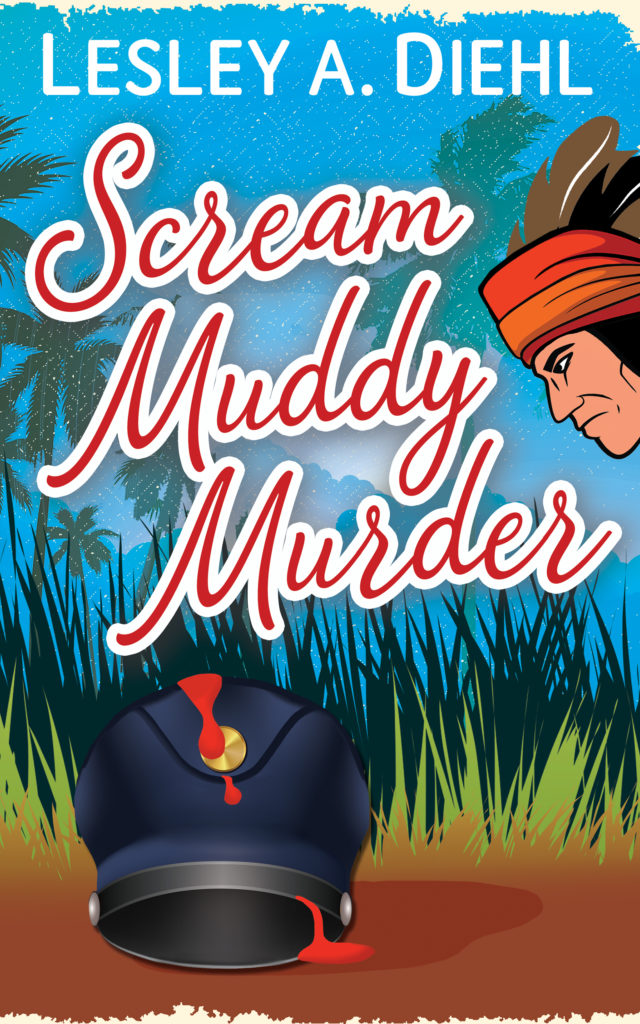 EMILY RHODES DOES IT AGAIN! This time she nosedives into a mud puddle at a Seminole War battle reenactment and finds she’s sharing the muck with a dead body. As usual the hunky detective she loves to aggravate, Stanton Lewis, cautions her against getting involved in the case, and as usual she ignores him. Emily’s sleuthing pays off, revealing disturbing information about the victim’s past. Is it the reason behind his murder? With the help of her family and friends, Emily sets out to uncover secrets kept too long and puts herself and the people she loves in the killer’s path. Too late she realizes Detective Lewis was right. Her snoopiness proves to be a deadly idea. 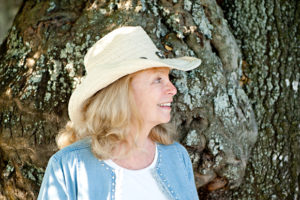 Lesley retired from her life as a professor of psychology and reclaimed her country roots by moving to a small cottage in the Butternut River Valley in Upstate New York. In the winter she migrates to old Florida—cowboys, scrub palmetto, and open fields of grazing cattle, a place where spurs still jingle in the post office, and gators make golf a contact sport. Back north, the shy ghost inhabiting the cottage serves as her literary muse. When not writing, she gardens, cooks and renovates the 1874 cottage with the help of her husband, two cats and, of course, Fred the ghost, who gives artistic direction to their work. She’s presently interviewing for a coyote to serve as her muse for her books and stories set in rural Florida.
She is the author of a number of mystery series and mysteries as well as short stories, most featuring her quirky sense of humor and a few characters drawn from her peculiar family.