Book Blitz & Giveaway for What a Wolf Desires by Amy Pennza 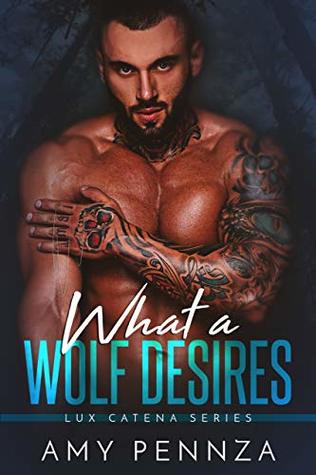 
Lizette Butler has the only thing she ever wanted—freedom from her pack Alpha, Maxime Simard, and the ability to decide her own fate. She and Max have a turbulent history and a powerful—if unwilling—attraction. Unfortunately, mere distance can’t stop the past from crashing back in to disrupt her life. Nor can it stop the rush of desire that overwhelms her the minute she sees him again. Her body may crave his physical seductions, but her heart will never let her love him.
As leader of the New York territory, Max has everything—wealth, power, and an army of wolves ready to jump at his command. But a mistake he made five years ago may have cost him the only thing worth living for: Lizette. He also knows something Lizette doesn’t—she possesses a rare ability that makes her a target and a prize.
Max can command Lizette to return to the pack, but he can’t command her trust…or her love. And if he can’t heal the rift between them, he may lose her forever.


Amy Pennza has been a lawyer, a soldier, and a copywriter. Although she liked the first two well enough, she decided writing romance is the job she loves best. After years in Tornado Alley, she now makes her home in the Great Lakes region with her husband, kids, and two demanding animals. You can visit her at amypennza.com.