Book Blast & Giveaway for Darkest Before the Dawn by Mike Martin

Darkest Before the Dawn 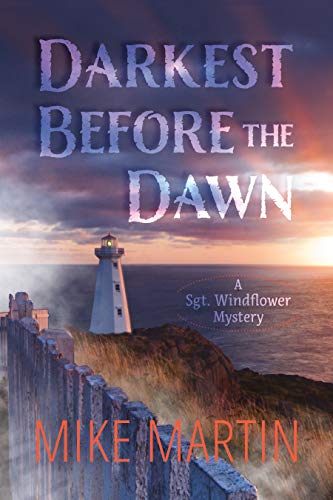 Darkest Before The Dawn is the latest adventure in the Sgt. Winston Windflower mystery series, the popular Maritime tales about a Mountie who finds himself with a new family and a new life in tiny Grand Bank, Newfoundland. Ghosts, mysterious deaths, and a new, perplexing character confront Windflower, Tizzard and the other police officers in Grand Bank as they unearth secrets that have been lying hidden in the sleepy hamlet for decades. A fast-moving mystery, Darkest Before The Dawn is also a story of love, loss and learning how to grow old gracefully; a tale of family, community and looking after each other, of not giving up hope, just before the dawn.

Mike Martin was born in Newfoundland on the East Coast of Canada and now lives and works in Ottawa, Ontario. He is a longtime freelance writer and his articles and essays have appeared in newspapers, magazines and online across Canada as well as in the United States and New Zealand. He is the author of Change the Things You Can: Dealing with Difficult People

and has written a number of short stories that have published in various publications including Canadian Stories and Downhome magazine.
The Walker on the Cape was his first full fiction book and the premiere of the Sgt. Windflower Mystery Series

. Other books in the series include The Body on the T, Beneath the Surface, A Twist of Fortune and A Long Ways from Home.
A Long Ways from Home was shortlisted for the 2017 Bony Blithe Light Mystery Award as the best light mystery of the year. A Tangled Web

is the newest book in the series.