Book Blitz & Giveaway for No Cowboys No Angels by Petie McCarty 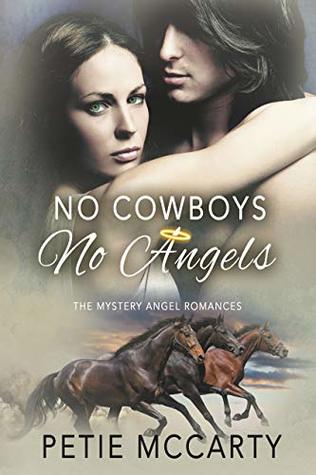 
. . . a cozy romantic mystery with suspense from The Mystery Angel Romances series. An angel hidden in every book, waiting for the reader to figure out who . . .
Kellen Brand’s inheritance turns out to be a whopper — one dilapidated farm in West Virginia and one guardian angel! Since Kellen is convinced no sane woman would choose to live in Riverside, she vows to sell her farm and quick.
Her handsome and reclusive neighbor Luke Kenyon must block the farm sale or risk exposure of his family’s secrets. While Kellen has located one potential buyer, she faces a town full of objectors. Someone is trying to frighten her off, and Luke is forced to step in and rescue her more than once.
Unfortunately, Kellen can’t seem to stay out of trouble. She stumbles onto a clandestine hazardous-waste-dumping operation next to her farm, and she prays Luke has one more rescue up his sleeve. It’s her only hope of staying alive.
Unless her mother really did leave her a guardian angel . . .
Book 2–No Angels for Christmas–coming April 2019
Book 3–The Angel and the SEAL–coming June 2019

Goodreads / Amazon
—
EXCERPT:
The frigid water closed in over Kellen, and she lashed out with both arms to force her head above the surface for a desperate breath. Her hiking boots would sign her death warrant. They already felt like concrete blocks. She had only minutes, maybe seconds, to keep herself afloat. She thrashed again, and this time her face barely cleared the water’s surface. She was ready and screamed with all her might.
Icy water filled her eyes, and her arms stroked hard to keep her mouth above the water long enough to grab a precious lungful of air. She scissored her legs to help her dwindling buoyancy, but the physical act was so difficult with the boots on, her muscles screamed with the effort.
How many more times can I get a breath? Two, maybe three?
Her arm muscles strained in revolt as she scissored her legs again. She plummeted farther after each thrust, and her best effort barely pushed her mouth and nose above the surface. She didn’t scream again. There was no one around to hear, and she couldn’t spare the strength. Less than a minute had passed since she’d hit the freezing water.
Downward she stroked her arms hard, but the heavy flannel shirt dragged against the motion. She opened her eyes to see the surface, and at the peak of her thrust, her lips were still underwater. She tried to scissor her legs, but she had nothing left. She feared she would sink and flailed both arms upward. Death hovered at her shoulder, near as the blackest of shadows beneath the dock, tangible enough that she could reach out and touch the darkness. Another stroke downward, and she jerked her head back, ready to grab a breath. She could see a blurred shadow moving overhead. Hope buoyed her efforts to escape from the frigid arms of the river drawing her down, and she forced her way to the surface.
A huge hand plunged into the icy water and grabbed her right arm. Kellen felt her body straining toward the surface. The second her mouth was exposed to the air, she gasped for a breath. A cough wracked her frame and threatened the tenuous hold of the mighty hand on her arm. She sunk back down, her eyes filled with water, and her vision blurred. She knew she weighed a ton—with the soaked clothing and boots—and panicked thinking the hand couldn’t hold on. Yet she was dragged higher until another hand grabbed the back of her shirt, and her body careened up and sideways onto the deck. The mighty hands released her, and she clutched at the wooden planks to be sure she was far enough from the precipice to the icy water. She heaved two successive gasps, and a hard sob wracked her frame.
Two strong arms tugged her upright. She blinked rapidly to clear her blurred vision and saw Luke’s face, his dark eyes wide. Nothing had ever looked so good to her in all her life. With another hard sob, she threw herself into his arms and broke into tears. The brush with death shattered all her resolve and kindled emotions buried in the deepest recesses of her heart.
He yanked her roughly to him and clutched her tight to his chest, mumbling soothing words into her ear. His warmth seeped into her, and she clung to him like her lifeline, digging her fingers into his back, unwilling to let go and unable to stop crying.
“I almost d-drowned,” she stuttered, her face buried against his warm and now soaked chest.
“Good Lord, I know,” he rumbled and crushed her even tighter against him.
“If you had been a minute later,” she wheezed and tried to look up at him.
“Don’t even think that!”
She flinched and leaned back. His gaze looked hard and unyielding.
“Just be glad I got here in time,” he whispered harshly, and his eyes went black as onyx. He cupped her cheeks, lowered his mouth, and gently brushed his lips against hers.
The sizzle of heat shot straight to her heart and warmed her from the inside out. All she could manage was a nod. His kiss twisted all her wild emotions into a spinning vortex, allowing her only to react without thought, and she leaned in to kiss him again. 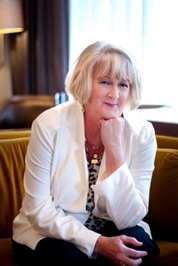 
Petie spent a large part of her career working at Walt Disney World -- "The Most Magical Place on Earth" -- where she enjoyed working in the land of fairy tales by day and creating her own romantic fairy tales by night, including her new series, The Cinderella Romances. She eventually said good-bye to her "day" job to write her stories full-time. These days Petie spends her time writing sequels to her regency time travel series, Lords in Time, and her cozy-mystery-with-a-dash-of-romantic-suspense series, the Mystery Angel Romances.
Petie shares her home on the Cumberland Plateau in Tennessee with her horticulturist husband and a noisy Nanday conure named Sassy who made a cameo appearance in No Angels for Christmas.
My first two books released by the now-closed Desert Breeze Publishing--Everglades and Catch of the Day--are temporarily unavailable while I change publishers. You can contact me at petiemccarty@gmail.com for updates on their re-release.
Visit Petie's web site online at petiemccarty.com or her Facebook page at Facebook.com/petie.mccarty.