Book Blitz & Giveaway for Resisting the Rancher by Kadie Scott

First comes marriage, then comes…
Rusty Walker has spent her entire life trying to earn her tough, ranching father’s respect and approval by learning the business inside and out. But now her uncompromising parent has decreed she must marry if she wants to inherit. Worse, her husband has to be someone who can help her run the business. As if she needs it!
Williams Hill kissed Rusty in a bar in an act of temporary insanity, and lost his heart to her on the spot. Despite the complications to his own rodeo stock business, he agrees to marry the feisty red-head, hoping to woo her once they’re hitched. But she only views him with suspicion and resentment.
Can this soft-spoken Texas cowboy convince his proud wife, who’s never known unconditional love, that she is everything he wants? 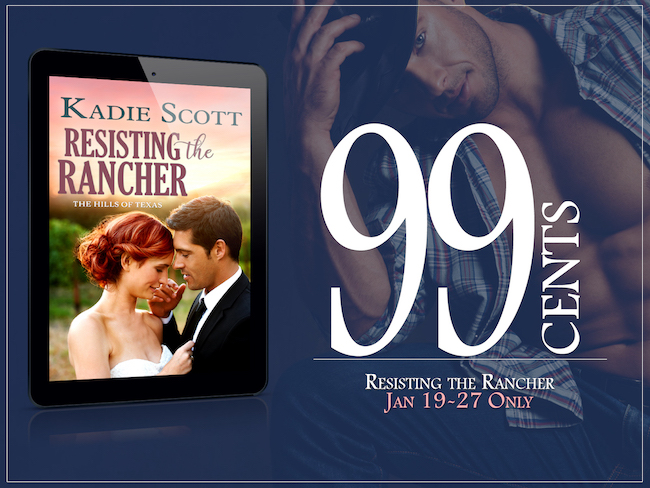 —
EXCERPT:
Williams Hill dragged his hand over his face as he sat in his truck at a stoplight in Estes Park, Colorado. After two straight days of driving up from Texas, he was ready to reach his destination of the rodeo grounds in the small Rocky Mountain town. Flexing his shoulders to work out the kinks, he happened to glance over at the vehicle stopped next to him.
Everything in him froze… then released in a pent-up laugh.
The woman driving a shiny new black Ford truck was gorgeous with high cheekbones and pouty lips. Her long hair was pulled back in a ponytail, so he couldn’t quite make out the color, but her appearance wasn’t what had made him laugh.
She was clearly enjoying a favorite song—singing and dancing for all she was worth, without a care in the world for who might be watching. He chuckled again as she did a little shoulder shimmy. Adorable was the word that struck him, and he was strangely affected, an instant attraction coiling inside in a way that surprised him.
He wasn’t an instant attraction kind of guy.
Suddenly, she glanced toward him and stilled as she discovered her audience. Her eyes went wide and she sent him a sheepish grin. He smiled back and pretended to tip an imaginary hat. However, instead of another smile, she went cold on him, eyes hardening, lips thinning. She whipped her head around to face forward, her chin in the air, and didn’t glance his way again. She definitely didn’t start singing again. Not that she would have had much time, because the light changed a second later.
She was quick to hit the gas, faster on the draw than Will, who was still blinking at her abrupt about-face. He almost expected her windows to frost with the drop in temperature in there. A flash of bright pink on her back window caught his attention as she drove ahead of him. For the second time in a handful of minutes, Will chuckled. The sparkly sticker on the back of her truck read Silly Boys, Trucks are for Girls. Lips tipped in amusement, he shook his head.
At the next light, she went straight when he turned, which meant she probably wasn’t there for the rodeo. He gave a mental shrug. Wouldn’t be seeing her again. Probably for the best, since he was here to work. 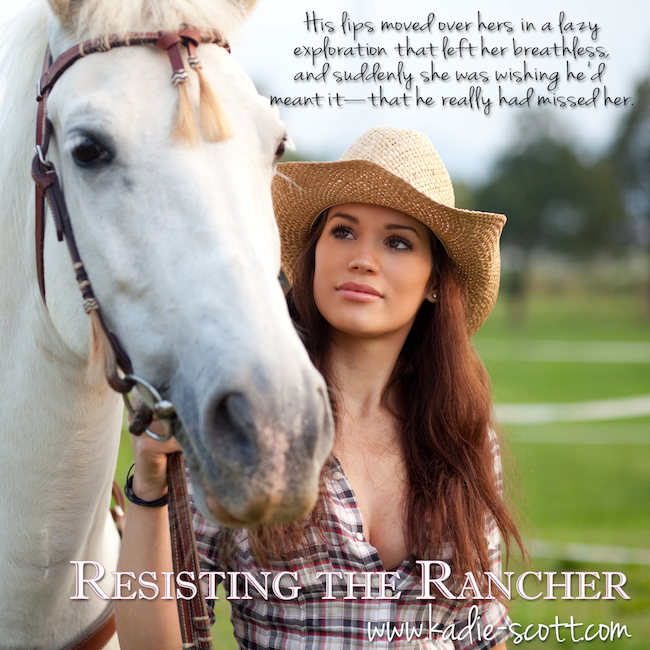