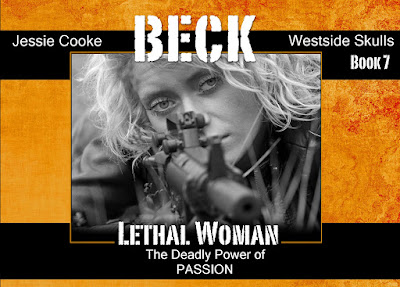 “... the brilliant & addictive Jessie Cooke has penned another fantastic story which completely original in the MC genre.” ~The Power of Three Readers

“I was totally intrigued and enthralled throughout this humorous and powerful story.” ~Wendy’s Book Blog

“I love this series & some books I liked more than others. But, this book would be the top of this series for me!” ~Escape Reality Book Blog (Shannon) 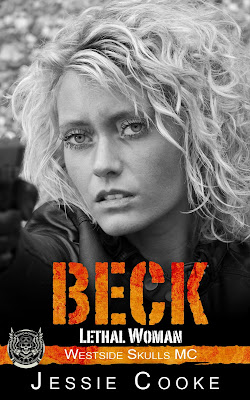 Most little girls grow up idolizing supermodels, princesses or movie stars...but not Rebekah Golden. Rebekah “Beck” Golden grew up idolizing two men. One was her father, a Navy hero who died before she was even born...and a biker. Maybe being born along the side of the road in a desert, and seeing the bikers face before she saw anything else had something to do with it. Or maybe it was the letters that Xander “Coyote” Lee sent her every year on her birthday, showing her a side of himself that even those closest to him never saw, but those two men would serve to be the inspiration for almost everything she did for the first thirty-five years of her life.


When Beck finally had to admit that no matter how hard she worked, she'd never be the right gender for the Navy Seals that she coveted, she moved on to her next dream. But if she thought the US Government had a chip on its shoulder about women in their ranks...she hadn't seen anything yet. Rebekah shows up in California at the clubhouse Coyote built, almost four years too late to gain his support. But she recognizes her hero in his son and manages to convince him to give her a chance. Rebekah will give more of herself for the goal of becoming a Westside Skull than she'd ever given to anything in her life...but will it be enough?


Beck Golden is a lot like the men she will have to fight against for what she wants. She cusses like a sailor. She's got a dark outlook on life. She's sarcastic and edgy....and when it comes to sex, she thinks like a man. She's also drop-dead gorgeous, and she knows it. To Beck, it's just another weapon in her arsenal of many. To keep from being thought of as just another club girl, Beck will turn that beauty in the direction of an unlikely and unsuspecting biker named Jace. Jace has had a rough life, and his exterior shows it. Big, dark and covered in scars, Jace makes most people want to run in the opposite direction, but Beck Golden doesn't scare easily. Using Jace to satisfy her almost constant sexual urges will be the easy part though. Not falling in love with him once she starts to see past that frightening exterior...that might just be impossible.
Jace is a biker, a Skull, and in his role as a nomad his loyalty to both the Southside and Westside has been above reproach. He doesn't believe any differently about women in the club than his brothers do. But what Jace does believe in is Beck. Through Jace and another unlikely champion, the president of the Westside Skulls himself, Beck might just discover that's all she was looking for all along. Ride along with us and get to know Beck and Jace, and don't forget to pay attention to the scenery. You might just uncover another secret or two about the club you love along the way.
* * *
Book 7 in the Westside Skulls MC Series.
This is a Standalone Romance Novel but characters from this story, will appear in future books in the series.
HEA and No cliffhanger.
Intended for Mature Readers.
* * *
The Westside Skulls MC Series is about members of the MC club, their friends and associates.
Each story, while focused around one main character, is not necessarily about a Westside Skulls club member, but the story is related to Skulls members and the club.