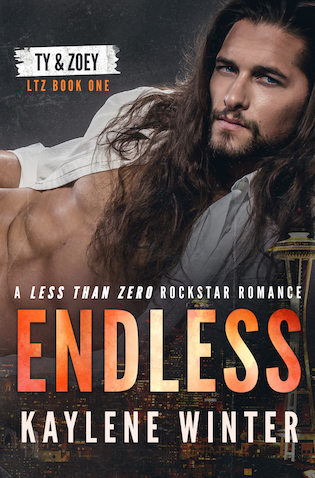 
Ty:
It’s my only chance to make it.
To escape my abusive childhood.
A new album and tour with my band family are weeks away.
Success and stardom are all but guaranteed.
Then I saw Zoey at our biggest show, and everything changed in an instant.
She’s my soulmate. My lover. My best friend.
Zoey:
Ty is my one and only true love.
I never imagined feeling so loved, cherished and adored.
Then he said he’d give it all up and I couldn’t stand in his way.
So I ghosted him, only so he’d be free to follow his dream.
Now the world sings along to his anthems about me.
The girl who never wanted the spotlight.
Their reunion is explosive.
On so many levels.
Ty’s not proud of the man he became.
Zoey has to live with her own bad decisions.
With so many forces keeping them apart…
Will they find redemption?
Will they ever be able to forgive each other and move on?
ENDLESS is a steamy, sexy, rock-and-roll full-length Romance with a HEA
ENDLESS is book 1 in the Less Than Zero Rockstar Romance Series.
Get ready for the gorgeous, sexy rockers of Less than Zero and the strong, feisty women who bring them to their knees.

Goodreads / Amazon
—
Only $1.99 for a limited time!
—
EXCERPT:
I burrowed into my delicious rocker’s side, breathing in his manly scent, a mix of leather and grapefruit body wash. I reached up to carefully brush a long, chocolate-brown wave from Tyson’s full lips while he slept deeply. His long, silky hair cascaded over the pillow; his square jaw was covered with the beginnings of a beard because he hadn’t shaved in a few days. It made my sweet rocker look slightly dangerous. Gazing at the three small scars nearly hidden in his thick, dark eyebrows, I still couldn’t fathom how tough his childhood was and how anyone could hurt such a beautiful soul.
My breath hitched. I tried to memorize everything about him, to soak in every detail of my gorgeous man. I knew I was about to hurt him, and it destroyed me. When I traced my finger over a smattering of his rough stubble, he sighed in his sleep and pulled me in even closer. I held him tightly too, resting my head on his lithe but defined chest and gripped his hip, careful not to rouse him. I wished I could gaze into the pools of his deep-blue eyes one more time.
If only I didn’t have to leave him.
I was moving to Bellingham to embark upon my new normal, living with a roommate in a dorm and working toward my college degree in social services. Ty’s band departed for their first tour in a few hours, traveling cross-country in a small van for six months. Letting him sleep was important. It would be grueling enough spending long hours in such cramped quarters without the added weight of heartbreak. The least I could do was let him get some rest now.
So I laid for as long as I could against my love and listened to his heartbeat. My mind was a hamster wheel. Second-guessing. Third-guessing. Then—resolved. I had been asked by possibly the most influential person in his life to do something for Ty. For his future. As much as I didn’t want to, leaving him now was the right thing for me to do. But it didn’t make it any less devastating.
When my tears wet his chest, I knew it was time to go or I’d wake him. My heart seized in agony at the thought of never seeing him again. I wasn’t sure how I’d survive. Yet, I knew that I had to set him completely free, without any ties to me, so he could embrace his shot at fame.
Maybe someday Ty would understand why I left him.
Maybe someday he’d forgive me. 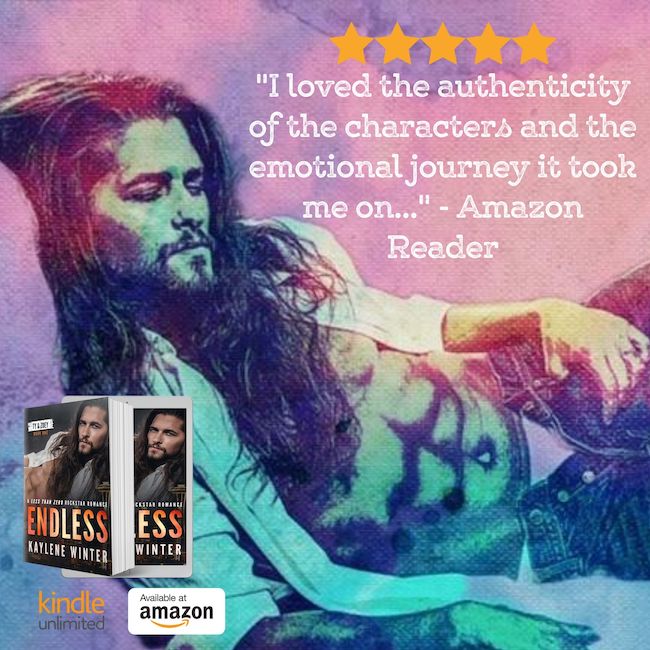 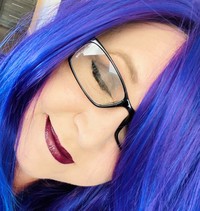 
When she was only 15, Kaylene Winter wrote her first rocker romance novel starring a fictionalized version of herself, her friends and their gorgeous rocker boyfriends. After living her own rockstar life as a band manager, music promoter and mover and shaker in Seattle during the early 1990's, Kaylene became a digital media legal strategist helping bring movies, television and music online. Throughout her busy career, Kaylene lost herself in romance novels across all genres inspiring her to realize her life-long dream to be a published author. She lives in Seattle with her amazing husband and dog. She loves to travel, throw lavish dinner parties and support charitable causes supporting arts and animals.