Hello, I’m Mason Sheridan, the boyfriend of Julienne in the Resort to Murder mystery series.  Julienne works at a luxury resort and lives across the street from me.  When I first moved in, I noticed her and I wanted to get to know her.  But at that time she already had a boyfriend.  Brandon was an okay guy, worked at an electronics plant in town.  Before long it was apparent that they wanted different things in life. Specifically, Brandon had already set the course for the rest of Julienne’s life, and disregarded her dreams in the process.  He was set on being the bread winner and she was just to work a job, not have a career – let along a career where she traveled the world, have four kids and be the traditional mother keeping the home fires.

That is great for many people, idyllic even.  But for Julienne it was soul crushing, particularly the part where her dreams of world travel were unceremoniously relegated to childish dreams and it was time for her to get real.  She stood up for herself and I wasted no time in getting closer.  Her Aunt Regina invited me to dinner one night and I jumped at the opportunity.  Julienne was in the middle of a murder case at her resort with the local detective sizing her up as the killer when her home was broken into.  I quickly made myself available to protect her when she refused to stay at her aunt and uncle’s place.

I’m qualified for the job, really.   I’m former Marine Special Forces and classified sniper class in firearms.  I’m a black belt fourth degree in Marine Corps martial arts and black belt fifth degree in TaeKwonDo.  I even do body guard work as a side hustle.  Although working as a body guard caused Julienne and I to breakup for a few months.  I am a photographer, mostly landscapes and wildlife.  When I was a body guard, usually for women celebrities, I would pose as their current boyfriend who was a photographer.  But Julienne put her foot down about continuing that practice.  It took my sister, Marisa, to hammer through my head why that was unacceptable if I was looking for a serious relationship.  I share that to show I can be a bit stubborn and dense.

In Arrowed, I’m doing photography of New Mexico’s amazing landscapes during the day.  I already have a calendar company I worked with before willing to look at my photos.  The evenings were supposed to be for Julienne and I to have some romantic alone time.  But that was tossed on its head when, on our first night, a dying man grabs Julienne’s ankle from out of the bushes, interrupting a moonlight kiss.

I get to help sleuth alongside Julienne in the evenings, thankfully.  I worry about her when she is hot on a killer’s trail.  She can be just as stubborn as I, at times.  In case you were wondering, we are a lot alike in the future family sense and I love travelling the world.  I can do my photography anywhere in the world, as long as I’m with her.  Our time in New Mexico is also complicated by an ex-girlfriend appearing at the same resort and trying to win me back.  I’m afraid I not so gracious with her, but I won’t let anything interfere with my relationship with Julienne.

I think Arrowed is a great cozy mystery, and not just because I get to be in on the investigating.  It’s got something for everybody. 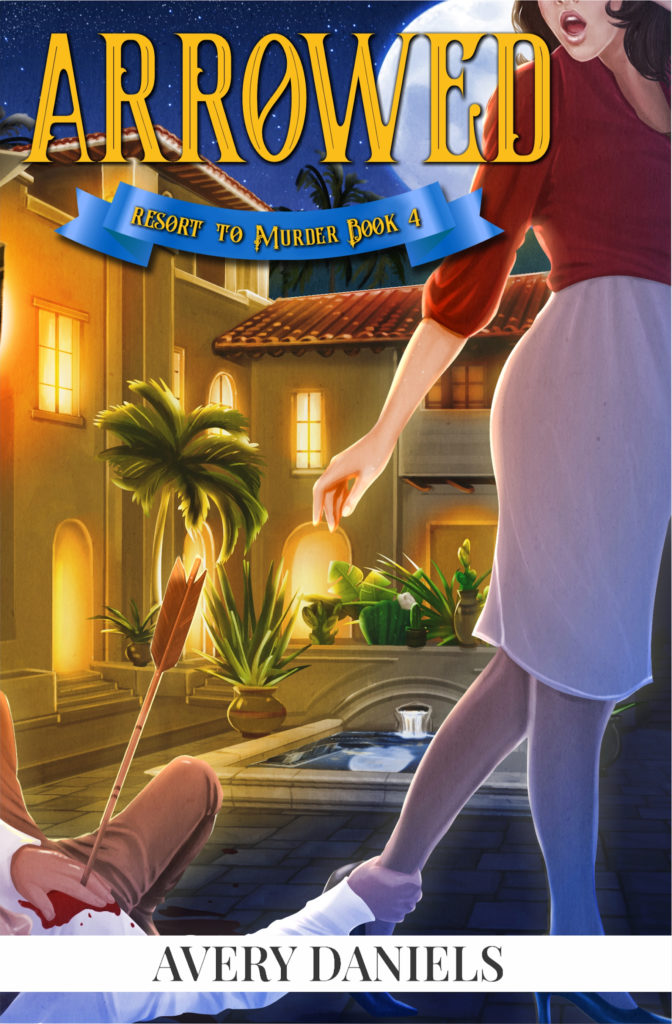 It all began when a dying man with an arrow in his chest grabs her ankle.

During a heatwave at a Santa Fe resort, Julienne has the resort owner pressuring her to solve the murder. The victim is a high profile businessman who made enemies rather than friends, leaving Julienne with a roster of suspects. She was supposed to be training the staff and spending quality time with Mason rather than investigating a murder. The heat turns up when an old girlfriend of Mason's checks in and is determined to get back together.

*I received a free copy of this book which I voluntarily chose to write an honest review for.
Welcome to New Mexico with Julienne. She travels there in order to train the employees of a posh resort on her companies software. It should have been a straight forward assignment but then a man grabs her ankle as he is dying thanks to an arrow in his chest hence the title. She doesn't really want to get involved but the resort owner insists. He was a high profile businessman whose gruff manner mad a lot more enemies then friends making the suspect pool quite large to begin with. Following Julianne we get acquainted with the town making it seem like we visited as well. Add in well rounded characters mixed with clues to get a mystery you won't be able to put down as it keeps your attention from start to finish. Makes for a great read for cozy fans. I really liked it so I give it 4/5 stars. 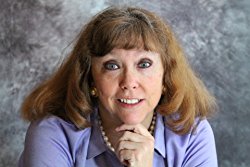 Avery Daniels was born and raised in Colorado, graduated from college with a degree in business administration and has worked in fortune 500 companies and Department of Defense her entire life. Her most eventful job was apartment management