A Blessing in Rome

My friend Isabella has a sweet little dog called Google. He’s a classic Dachshund. He has the tanned coat, little energetic legs and a pointed refined muzzle that gives him a look as though he should be a detective solving mysteries. A Deerstalker hat — the type worn by Sherlock Holmes — would not be out of place on him, and perhaps a miniature ‘dog sized’ Victorian pipe as well. He is a ‘thinking dog’ with Sherlock’s crime-solving acumen.

I tell my friend Isabella how I envision Google — dressed as Sherlock ready to take on the streets of Rome where they live — she laughs and pets Google’s head. Google looks at me from under the table where we are sitting. He raises his Dachshund eyebrows, making them crinkle in a characteristically human way. It’s as if he is saying  “I could solve mysteries, you know — in fact, I have already solved one great mystery.” His eyes switch from me to his beloved Isabella.

I realize that Google is more like Sherlock Holmes than I have given him credit for. My fanciful humour — turning a small dog into one of fiction’s greatest detectives — rings truer than I intended when I find out how Google has unlocked the love of my friend Isabella’s beautiful heart.

The truth is she never liked dogs; she was scared of them. “So why do you have Google?” I ask, confused, and “why a Dachshund?” A sausage dog is a very particular type of dog. I get the feeling a Dachshund doesn’t just happen to you — like good hair days and weather; more they are chosen. They are a specific thought process. Something about a Dachshund’s happy-go-lucky nature and miniature stature invites us into the world of this small clown — who always sees the bright side and wants to share it with us, like sunshine kept in a box.

Isabella pauses as she remembers the events that led her to Google and their unconditional bond.

“One night,” she begins with a smile, the images of the past visiting her, “Gianni and I were driving through Rome.” Gianni is Isabella’s big kind husband who looks as though he could wrestle ten men but has the gentle heart of a poet.

“As we drove through an empty street late at night, we saw a Dachshund running along the street. It looked terrified. Gianni said “For sure this dog is lost,” and so he stopped the car and got out to retrieve the dog.

“I was so scared,” Isabella confesses. “I didn’t want Gianni to get bitten, we didn’t know anything about this dog.”

Gianni opened the car door wide and called to the dog. It didn’t take much to encourage the lost dog to take a ride with Isabella and Gianni, and he jumped right into the back of their car even though he was scared. Isabella was also rather scared, having never had pets.

It was close to midnight now and there was no way to find out where this little sausage dog belonged at this hour. So Isabella and Gianni took him home for the night.

Isabella spent some time with the little dog making sure he was comfortable and had food and water. The next morning they took the dog to the local animal shelter in Rome. As they stood at the reception desk telling the staff about the little dog they had found, the reception phone rang and a man was asking if by any chance anyone may have found his beloved sausage dog.

“We have a sausage dog here right now!” The staff told him and soon the dog’s possible owner was on his way to the shelter.

As Isabella and Gianni waited with the little dog, he was silent and scared. It was clear he didn’t like the atmosphere of the shelter and the future was very uncertain in his mind.

“Suddenly, the little dog started barking!” Isabella recounts, a kind of luminosity in her green eyes as she remembers. “He wouldn’t stop! All this time he had been silent and shy, and now all of a sudden he wouldn’t be quiet. He was so excited, wagging his tail, pulling at the lead.” I nodded, intrigued. “Gianni looked at the little dog and said to me ‘His owner must be close, he can tell.’ Within two minutes his owner walked through the door. He took one look at his little dog, fell to his knees as the dog jumped into his arms and he cried like a baby. It turned out he had just lost his father and his dog was like his life support, helping him through the dark days.”

I’m moved by the image of this man, reunited with his darling dog and I look now at Google, trotting ahead of us as we walk through Rome.

“Yes,” Isabella says instinctively, catching my eyes as I look at a joy-filled Google as he almost bounces along — I’m sure he would skip if he could. “After my time with this darling little dog, it changed my outlook completely. I thought, I would like to have a Dachshund,” Isabella says with certainty.

Saving a little dog from a fate unknown changed Isabella’s fate too, in the most delightful way. “There is so much Google has helped me to face in life, I don’t know what I would do without him.” I nod; my throat feels tight as I swallow back some emotion in public. I know this unspoken life support only too well. The love of my darling cats has brought me through things too personal to write here.

It occurs to me that luck shines on us in unique ways and turning back to look at us. I think Google agrees! 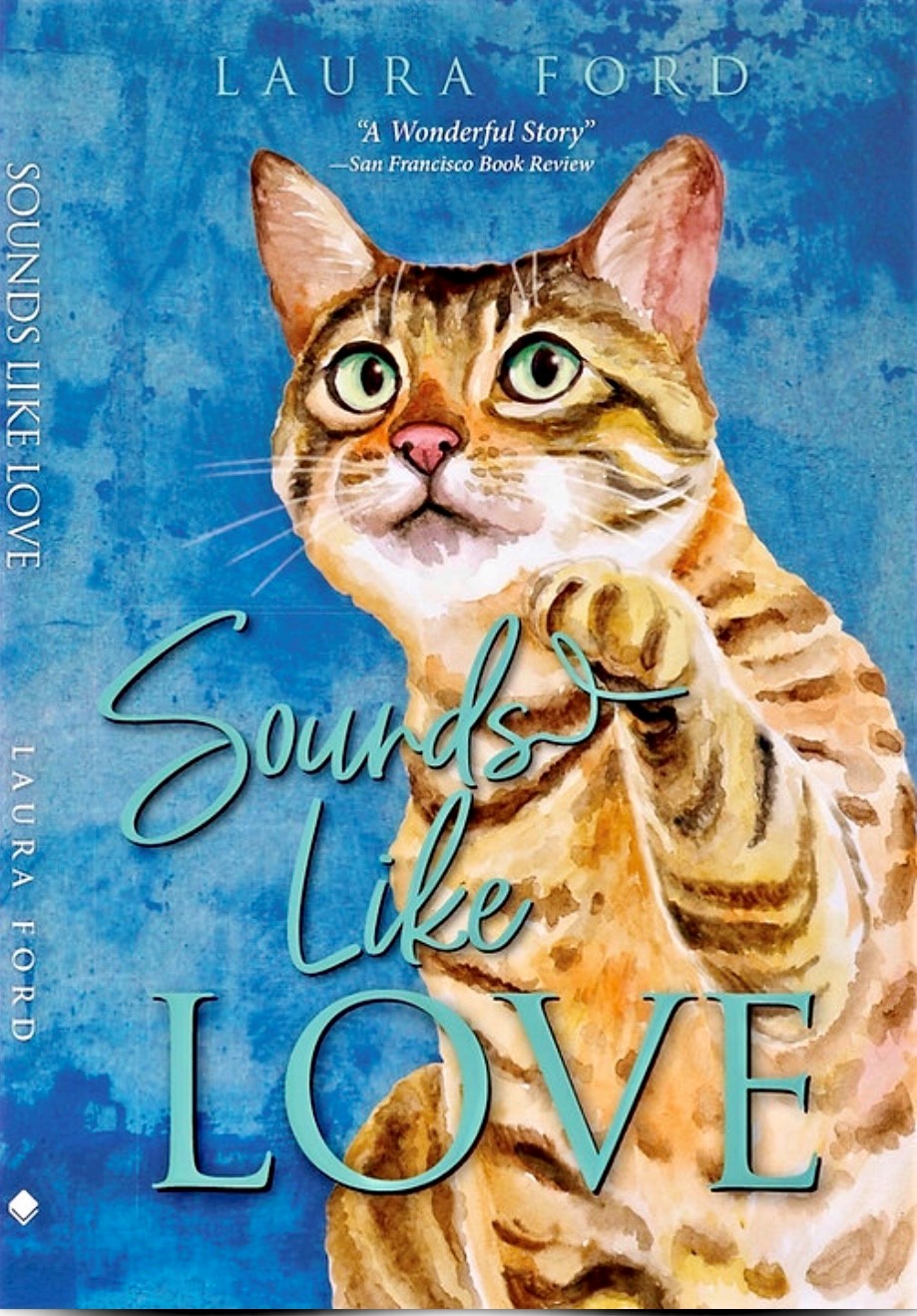 Wendy is a bright spark who wants to find love and travel the world, but she questions how her dreams can become a reality as her world changes around her.

When Wendy arrives at her beloved grandmother’s house to collect a box of keepsakes, she picks up more than she bargained for - a green-eyed tabby cat with amazing qualities. This is just the start of a high-speed adventure, leading Wendy towards bright new horizons… if only she’ll give the cat a chance…

REVIEW
*I received a free copy of this book which I voluntarily chose to write an honest review for.
This is an adorable read.Wendy is an intriguing young girl to follow. She is engaging as she travels to grandmas house where she gets much more then she went for. A sweet kitty goes with her really making the story come to life. As a huge cat lover this really made the story for me the kitty really takes the highlight making for quite the enjoyable read. I really liked it so I give it 4/5 stars. 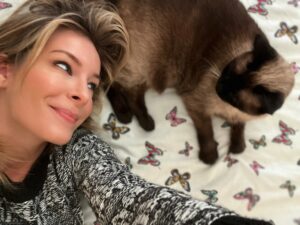 Laura Ford writes novels, short stories, and poems across a wide range of human and animal experiences. As Laura is an avid cat lover, a number of special felines tend to find their way into Laura's stories as well.

Laura graduated with an honours degree in British law while also writing fiction in parallel. Now based in California with her husband and two beguiling Siamese cats, Laura most enjoys using her imagination and memories to paint vivid stories. An avid traveler and seeker, Laura is always exploring new concepts for more stories to come.