I have loved mysteries since Scooby Doo and Nancy Drew. I was over the moon in 1977 when the “Nancy Drew and Hardy Boys” TV show debuted. (And it didn’t hurt that Shaun Cassidy played Joe Hardy.) My friends and I raced through all the Nancy Drew and Hardy Boys collections at the Kempsville Public Library in Virginia Beach. My favorite is still The Crooked Bannister (1971) with its hot pink cover. I loved the plot twists and the double meanings. I was hooked on mysteries. From there, I moved on to Alfred Hitchcock, Agatha Christie, and Sir Arthur Conan Doyle. But Nancy Drew is still one of my favorite sleuths.

In the late 1980s, I had a double major in English and secondary education. My research project in “Adolescent Literature” was a comparative study of the original Nancy Drew mysteries from the 1930s with the updated ones in the 1980s and their influence on generations readers.

As a young reader, I adored Nancy’s freedom. She had a car. She did things that other girls didn’t, and she solved crimes that adults couldn’t. She influenced generations of women from the 1930s to the present with her spunk and enduring appeal.

The Nancy Drew mysteries were written by several ghost-writers under one pseudonym, Carolyn Keene. The series has undergone several revisions and updates over the years, but Nancy’s spirit and pluck prevail. The famous yellow spines were added to the books in 1962. That was the set that I remember reading. And her stories have been translated into over twenty different languages.

The girl detective appeared in several movies from the 1930s to the 2000s and TV shows through the years. Her face and logo have graced all kinds of merchandising from jewelry, lunch boxes, and clothing to board and video games. She has appeared in novels, coloring books, and graphic novels. Nancy has been a role-model for lots of young girls for over eighty years.

There are some similarities between the iconic Nancy Drew and my sleuths, Delanie Fitzgerald, Jules Keene, and Jade Hicks. I didn’t intentionally mean to create the parallels, but subconsciously, her character influenced my mystery writing.  In the 1930s, Nancy started out as a blonde, but artists later depicted her as a redhead in the 1940s and 1950s. Nancy also drove a sporty roadster. (It was upgraded to a Mustang in the mysteries from the 1980s.) Nancy’s girlfriends (Bess and George) were important in her life and to the stories. And she was fearless, smart, and feisty. I was so impressed that she was able to solve crimes before the professionals did.

I like to think of my private eye and amateur detectives as following in the footprints and traditions of the original girl sleuth.

About Film Crews and Rendezvous 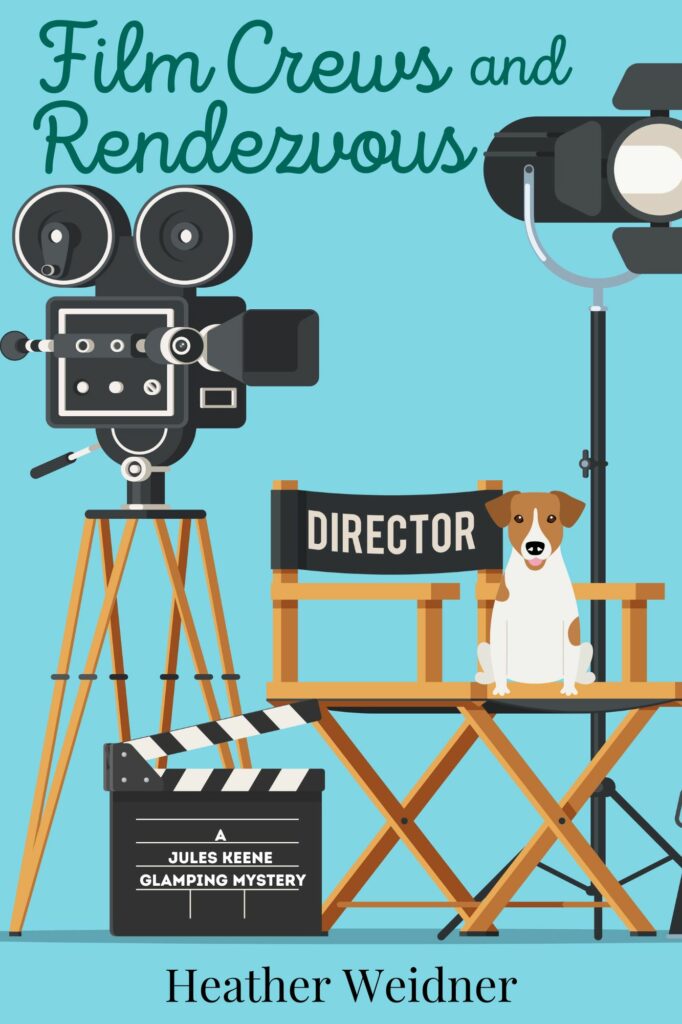 Hollywood has come to Fern Valley, and the one stoplight town may never be the same. Everyone wants to get in on the act.

The crew from the wildly popular, fan favorite, Fatal Impressions, takes over Jules Keene’s glamping resort, and they bring a lot of offscreen drama and baggage that doesn’t include the scads of costumes, props, and crowds that descend on the bucolic resort in the Blue Ridge Mountains. Added security, hundreds of calls from hopeful extras, and some demanding divas keep Jules’s team hopping.

When the show’s prickly head writer ends up dead under the L. Frank Baum tiny house in what looks like a staged murder scene with a kitschy homage to the Wizard of Oz, Jules has to figure out who would want the writer dead. Then while they are still reeling from the first murder, the popular publicist gets lost after a long night at the local honky-tonk and winds up strangled. Jules needs to solve both crimes before filming is canceled, and her business is ruined.

REVIEW
*I received a free copy of this book which I voluntarily chose to write an honest review for.
Welcome back to Fern Valley where we catch up with Jules as film is being made there. Of course part of the crew would stay at her blaming resort. I must admit to enjoying the tiny house set up which must be quite fun to stay in. Unfortunately the demanding head writer was not impressed instead complaining constantly. Then the writer is found murdered causing Jules to start investigating. It just makes things more dangerous when a second body is found. Leads to a surprise ending that I found intriguing. The blend of small town flair mixed with Hollywood creates a fascinating mix that creates quite the fun story that is sure to be enjoyed by cozy fans. I really liked it so I give it 4/5 stars. 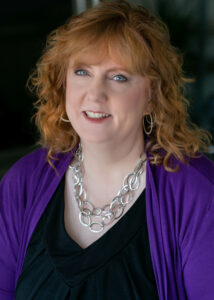 Through the years, Heather Weidner has been a cop’s kid, technical writer, editor, college professor, software tester, and IT manager. Vintage Trailers and Blackmailers is the first in her cozy mystery series, the Jules Keene Glamping Mysteries. She also writes the Delanie Fitzgerald mystery series set in Virginia. Her Mermaid Bay Christmas Shoppe Mysteries debut in 2023.

Originally from Virginia Beach, Heather has been a mystery fan since Scooby-Doo and Nancy Drew. She lives in Central Virginia with her husband and a pair of Jack Russell terriers.