Release Blitz for Kiss Her Slow by Kelly Moore 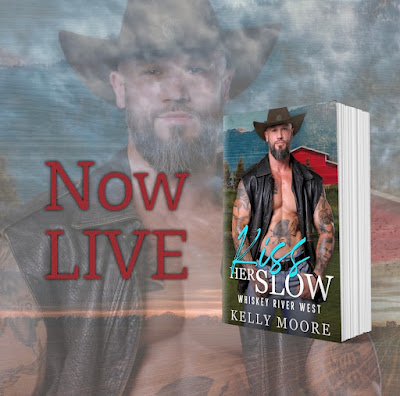 ๑ஓ══╝
https://mybook.to/WRW4
What do a grumpy sheriff and a perky midwife have in common? Absolutely nothing…other than an undeniable attraction to one another.
Sheriff Chase Calhoun is a driven man and as loyal as they come. Even though he admits to being a grumpy small-town sheriff, he loves his job and protecting the people in it. When it comes to his heart, though, he keeps a wall around it. The only people he lets in are his family members.
After putting a halt to the corruption in Missoula, things have just started to settle down, leaving him with too much time to think about his past. But then, a damsel in distress with an inexplicable, alluring personality sets her sights on him.
Atley Eastyn uprooted her ten-year-old spunky daughter and mother from Louisiana and hired on to be the new midwife in a place worlds away from the Bayou. When her Land Rover breaks down on a one-way bridge between two towns, she’s left in a position she doesn’t like. Atley has always been a self-sufficient woman, but now she finds herself in a situation where she needs help.
When the gorgeous, larger-than-life sheriff arrives to help her, she’s instantly smitten…until he opens his mouth to speak. He’s a tall, hunky cowboy with a grumpy personality, but Atley is determined to peel away all his protective layers to see the man underneath it all.
Can she get past his grumpiness? Will he open his heart and let her in? A simple, slow kiss from this alluring woman just might have him breaking all his rules. 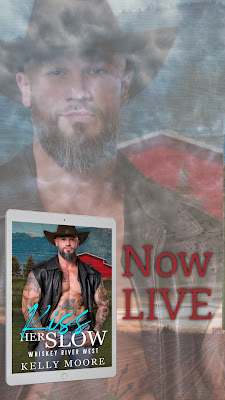