My name is Irene Ingram. When my pop pulled some strings with the War Department and got a gig as a war correspondent he put me in charge of his paper, the Progress Herald. I miss Pop, but I’m glad to finally get a chance to show the naysayers like the old-timers and my cousin Donny at the paper that I’m good at my job. A couple months ago, I even helped break up a Nazi spy ring. Unfortunately, no one knows about that—the feds want to keep it top secret. And now, I’m trying to figure out who offed two bit actor Freddie Harrison and left him in the dunk tank at the county fair. My life is not run of the mill, that’s for sure. I can’t think of what readers might not guess about me. I’m pretty transparent.

Hmm. Let me think. She was writing a bunch of book proposals and finally decided she wanted to put all those Big Band records she likes to hear to good use. She likes to write stories about strong women who aren’t afraid to go against the status quo and I fit the bill.

There’s not much to tell. She’s rather ordinary. She mostly sits at her desk and writes all day. She likes to drink a good craft beer, whatever that is. She says it’s one reason why she wrote her Brewing Trouble mystery series. She wrote that one under her own name—Joyce Tremel. St. Anthony is her nom de plume.

Apparently people like reading about this war and how those of us at home are dealing with all that goes with it. I have a feeling that when this war is over, a lot of us women aren’t going to be content going back to being housewives. We can do anything men can do and we’re proving it every day.

I’d have to say my best friend Peggy. We’ve known each other all our lives. She works at the paper with me. She’s pretty good at keeping me on the straight and narrow. At least she tries to. I don’t always follow her advice.

At the top would be the villains in my stories. I can’t give you their names because I don’t want to ruin it for the readers. After that, it would be my cousin Donny. He’s been a thorn in my side as long as I can remember. He can’t write worth a darn so Pop gave him a job doing the layout for the paper to keep peace in the family. He’d never hear the end of it from Aunt Rita if he hadn’t. Anyway, Donny thinks he should be the one running the paper instead of me. He’s coming around a little bit but he’s still a pain in the patootie.

I’m not sure. My writer is waiting to hear from her publisher if they want more of my stories. She’d really like to write more of them. I’ve already told her all about what happened with my nemesis Wanda Wilkins when someone tried to kill her. She just needs to write it.

About Death on a Deadline 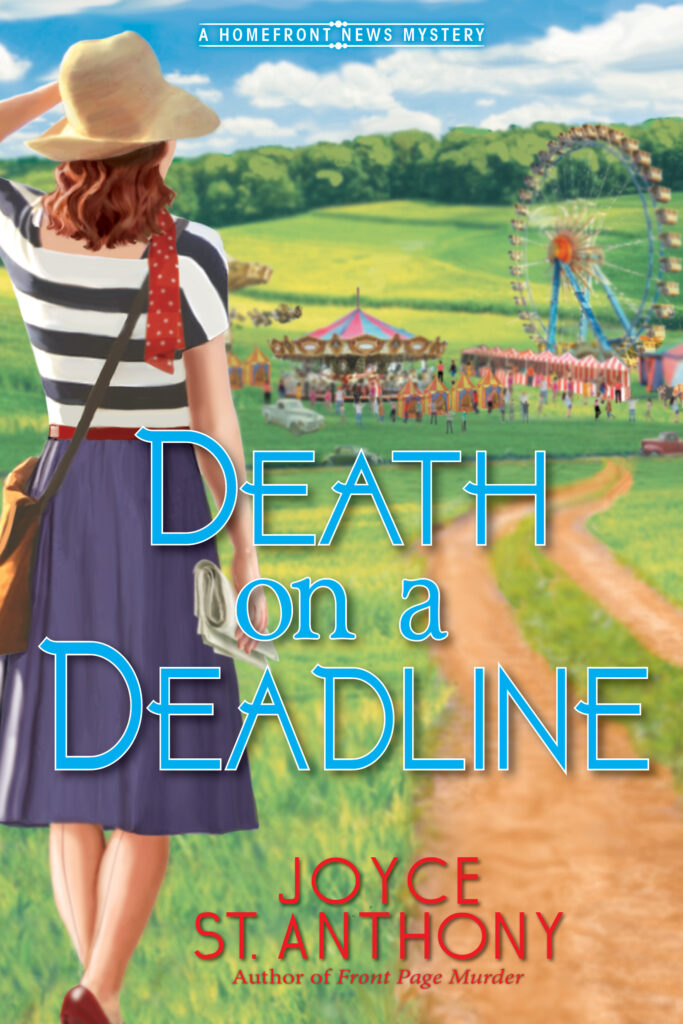 Death on a Deadline (A Homefront News Mystery)

As World War II rages in Europe and the Pacific, the small town of Progress is doing its part for the soldiers in the field with a war bond drive at the annual county fair. Town gossip Ava Dempsey rumors that Clark Gable will be among the participating stars. Instead of Gable, the headliner is Freddie Harrison, a B-movie star. When Freddie turns up dead in the dunk tank, Irene Ingram, editor-in-chief of The Progress Herald, starts chasing the real headline.

There are plenty of suspects and little evidence. Ava’s sister Angel, who was married to the dead actor, is the most obvious. The couple had argued about his affair with the young starlet Belinda Fox, and Angel was the last person to see Freddie alive.

Irene discovers there’s more than one person who might have wanted Freddie dead. As Irene draws on her well-honed reporter’s instincts to find the killer—nothing is what it seems in Progress, and now her own deadline could be right around the corner.

REVIEW
*I received a free copy of this book which I voluntarily chose to write an honest review for.
A nice addition to this fun historical cozy mystery series. We catch up with Irene as the new editor-in-chief of the newspaper during her father's absence. To support the WWII they are holding a war bonds drive which leads to town gossip Ava to spread a rumor about Clark Gable coming but he's not. Instead Ava's famous sisters ex shows up only to he found murdered later. With lots of suspects Irene sets out to figure out who actually did it taking us along for the ride. Full of a wide range of characters set in historical Pennsylvania the story will capture the readers attention until the surprise reveal making for a great read. I really liked it so I give it 4/5 stars. 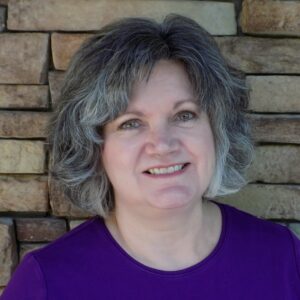 Joyce St. Anthony was a police secretary for ten years and more than once envisioned the demise of certain co-workers, but settled on writing as a way to keep herself out of jail. In addition to the Homefront News Mysteries, she is the author of the Brewing Trouble Mysteries and the upcoming Cider House Mysteries written under her own name, Joyce Tremel. She lives in the beautiful Laurel Highlands of Pennsylvania with her husband.