Blog Tour and Giveaway for Secrets and Pies by Jenny Kales

Secrets and Pies by Jenny Kales 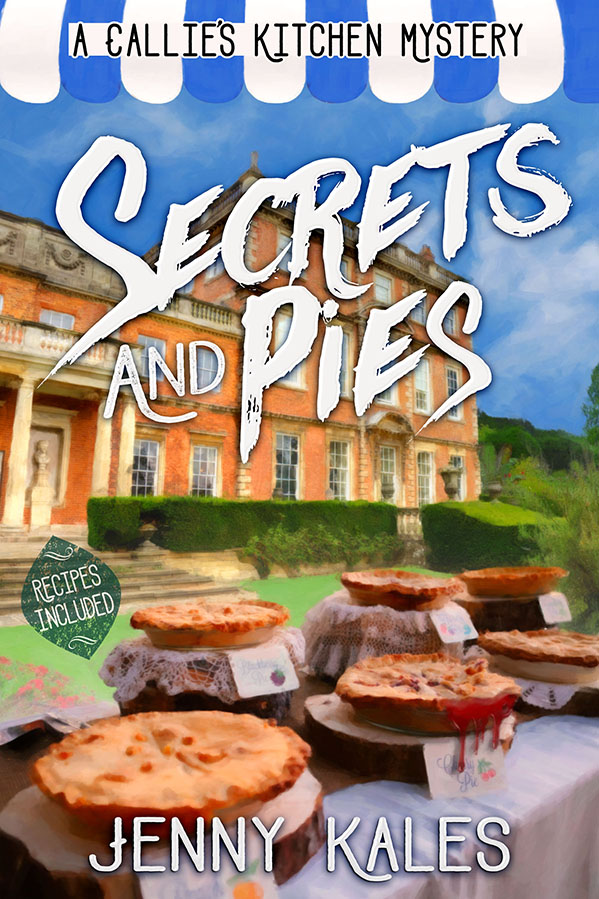 Cozy Mystery 3rd in Series Self Published
Release Date - October 19, 2017
Approximately 200 pages
Book will be up on Amazon and other retail sites soon.

If you can’t stand the heat, get out of Callie’s Kitchen! Greek-American restaurateur Callie Costas faces down another killer in the small waterfront town of Crystal Bay, Wisconsin. Recipes included!
Summertime in Crystal Bay means tourist season for Calliope “Callie” Costas, owner of Callie’s Kitchen, a Greek-meets-Midwest from-scratch eatery. Business is booming but so is the stress. Callie can barely keep up with the demand for her famous summer fruit pies and savory Greek delicacies, plus she’s agreed to bake dozens of “pitas” for the annual Greek Fest.
When Callie is asked to deliver cast party treats for a Murder Mystery Night at the historic Harris House, it seems like a welcome break from her hot stove. That is, until she finds herself an unwilling player in yet another suspicious death. Worse yet, the victim is a family friend and graduate student working on a project involving Crystal Bay’s colorful past.
Before long, a motley crew of suspects makes things as juicy as the succulent berries strewn around Callie’s Kitchen. And that’s not all Callie’s got on her plate. Add family obligations, a deepening romance with a local detective and unexpected personnel problems to the mix. One thing’s for sure: Callie’s got the recipe for a long, hot summer!
SECRETS AND PIES is the third installment in the Callie’s Kitchen Mystery series. 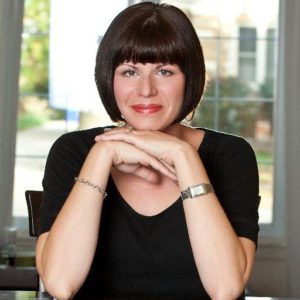 Award-winning writer Jenny Kales is the author of The Callie's Kitchen Mystery series. Though she's worked as a writer and journalist for years, fiction writing is her first love and her marriage into a Greek-American Midwestern family inspired The Callie's Kitchen mysteries, featuring Calliope Costas, food business owner and amateur sleuth. The setting of the story, "Crystal Bay," is inspired by a favorite family vacation spot - Wisconsin's beautiful Geneva Lakes. Kales is an avid reader, cook and baker and she's addicted to mystery TV, especially anything on Masterpiece Mystery or BBC America. She lives just outside of Chicago with her husband, two daughters and one cute but demanding Yorkshire terrier.


Review
This book was just as good as the first two.  Callie's ex has moved into the neighborhood which requires a huge adjustments in their lives as he settles with the new wife. As if that is not bad enough he becomes one of the main suspects in a murder that happens at murder mystery dinner night that his wife made the costumes for (she also takes the dead ladies role later). To make things easier for her daughter Callie starts looking into what happened despite the danger it puts her in yet again. I enjoy how these stories seem to lead to one bad but then take a nice little twist at the end to reveal the actual culprit. It takes some good writing to not give ti away too early and jenny is really good at it. I love how the characters seem to just jump off of the page and into the readers mind hooking them until the end. This story is truly awesome and I highly recommend it to fans of cozy mysteries. I really enjoyed it so it gets 4/5 stars. 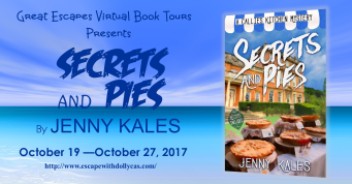