Blog Tour, Review, & Giveaway for The Culinary Art of Murder by Heather Haven

The Culinary Art of Murder 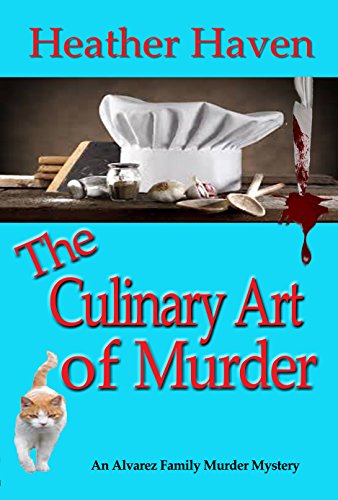 The Culinary Art of Murder (The Alvarez Family Murder Mysteries)

Lee’s Uncle 'Tío' is smitten with a visiting chef at a Silicon Valley culinary arts institute. When the lady is arrested for two murders, a fellow chef and the dishwasher, Lee Alvarez, lead investigator for Discretionary Inquiries, Inc., the family owned detective agency, agrees to help find the real killer. But undercover work at the institute proves to be more difficult than whipping up a chocolate soufflé. The killer tries to get Lee out of the way and permanently. But just who is it? The lady chef? One of her two sons? Or one of the other inmates from a cooking school with secrets as plentiful as sauces? Can Lee find the real killer before her own goose is cooked? And if it turns out to be the ambitious southern belle chef, will Tío ever forgive Lee for sending his new lady love to jail?

After studying drama at the University of Miami in Miami, Florida, Heather went to Manhattan to pursue a career. There she wrote short stories, novels, comedy acts, television treatments, ad copy, commercials, and two one-act plays, produced at several places, such as Playwrights Horizon. Once she even ghostwrote a book on how to run an employment agency. She was unemployed at the time. One of her first paying jobs was writing a love story for a book published by Bantam called Moments of Love. She had a deadline of one week but promptly came down with the flu. Heather wrote "The Sands of Time" with a raging temperature, and delivered some pretty hot stuff because of it. Her stint at New York City’s No Soap Radio - where she wrote comedic ad copy – help develop her long-time love affair with comedy. Her first novel of the humorous Alvarez Family Murder Mysteries, Murder is a Family Business

, is winner of the Single Titles Reviewers’ Choice Award 2011. The second, A Wedding to Die For

, received finalist nods from both Global and EPIC’s for Best eBook Mystery of the Year, 2012. It also won the Editors and Predators silver, 2012. The third of the series, Death Runs in the Family

, won the Global Gold 2013. The fourth installment, Dead…If Only

, is the sixth book of the series.


REVIEW
This is a very well written cozy mystery novel. Having the main character be a good private investigator opened the way for all types of investigating techniques to occur at the same time. This led to some really interesting events to happen but my favorite had to be how Lee manages to figure it all out in the end without giving the reader the full extent of what she knew until then. It makes me wish that I had time to read the other books in the series as I bet they are just as good. If you enjoy a good cozy mystery then this is the book for you. I really enjoyed so it gets 4/5 stars. 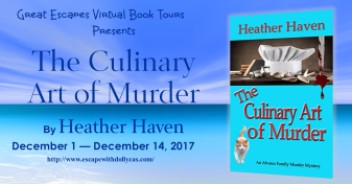