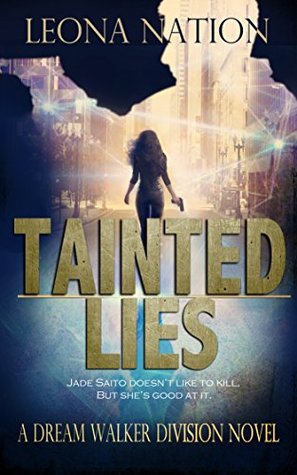 
When you’re a spy with special abilities, you do what you must to save the ones you love—even if that means killing. Jade didn’t choose this life, it chose her.
Twelve years ago, Assassins forever changed Jade Saito’s world with flames and bullets. She was saved by the Dream Walker Division, a covert branch of the CIA consisting of people like her—agents with the ability to dream themselves into another’s reality as unseen observers. They also happen to be stronger, faster, and have photographic memories, making them optimal spies.
Now Jade is a field agent for the DWD where she and her unit use their abilities to take down criminal organizations. When DWD leaders start turning up dead, the compound is shaken to its core. If the leaders of the DWD aren’t safe from Assassins, no one is. But the deeper Jade digs the more she realizes not everything is as it seems. Will Jade stop the Assassins before it’s too late? Or will they they murder everyone she loves—again? 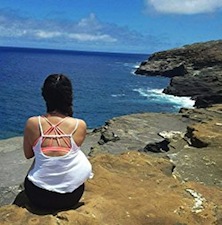 
Leona Nation lives in Chandler, Arizona, with her husband, four kids, cat and dog. Her imagination often got her into trouble in her school years, but she finally realized she could put her imagination to good use by creating worlds of her own. She loves to write, read, travel, bake, binge-watch shows, and anything else she can do to avoid her true nemesis: house cleaning. When she’s not writing, she’s taking kids to football, volleyball, dance, horseback riding, helping with homework assignments (unless it’s math, then she’s useless), and saying the word no way too often—as is the job of a parent. She loves that her husband of seventeen years can still make her heart skip with just a kiss.