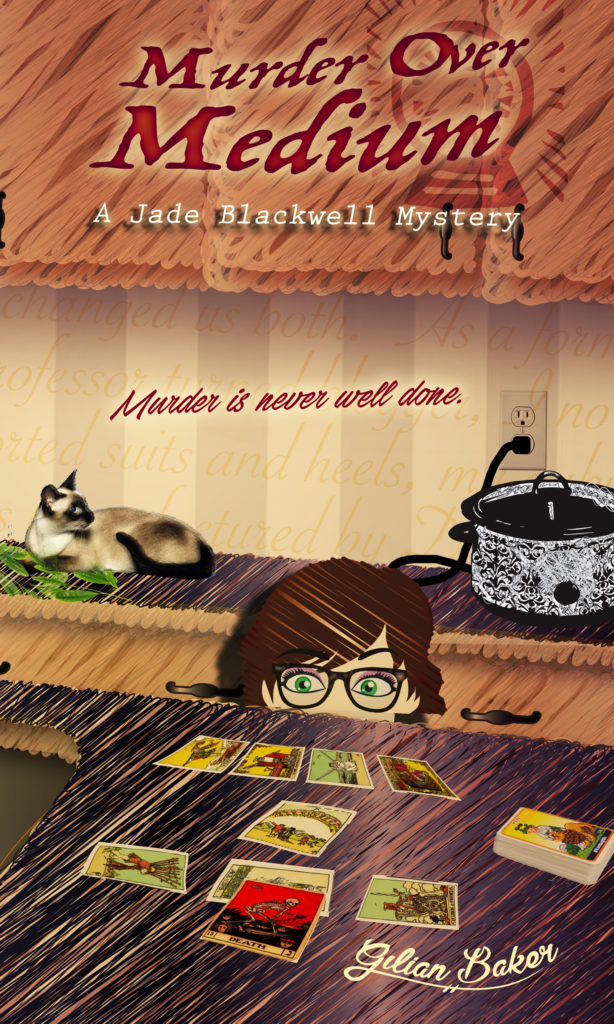 Former English professor turned blogger, Jade Blackwell, is enjoying her predictable routine when trouble comes knocking in the form of an old friend and colleague. Unbeknownst to Jade, Gwendolyn Hexby is no longer the successful academic she once knew and trusted—she is now following a new calling as a psychic medium, a contentious career that flies in the face of the logic and deductive reasoning Jade values.
At first, Jade welcomes the visit, but things soon turn bizarre as Gwendolyn brings only disorder danger and disruption. When a murder is prophesied, and a beloved pillar of the Aspen Falls’ community winds up dead, Gwendolyn becomes Sheriff Ross Lawson’s prime suspect.
To get Gwendolyn out of hot water, and more importantly, out of her house, Jade attempts to prove her friend’s innocence. Jade believes she’s finally discovered the truth, but is soon brought back to reality when she learns all is not as it seems in the realm of the metaphysical. Not even murder.
Return to the Jade Blackwell Cozy Mystery Series in Murder Over Medium

, as Jade jumps into the fray of a territory not governed by logic or reason—in either this world or the next. 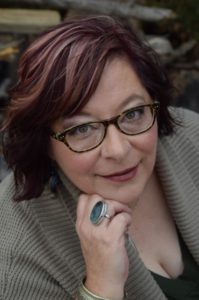 Gilian Baker is a former English professor who has gone on to forge a life outside of academia by adding blogger, ghostwriter and cozy mystery author to her C.V. She currently uses her geeky superpowers only for good to entertain murder mystery readers the world over. When she’s not plotting murder for her Jade Blackwell cozy mystery series, you can find her puttering in her vegetable garden, knitting in front of the fire, snuggling with her husband watching British TV or discussing literary theory with her daughter.
Gilian lives in Flagstaff, Arizona with her family and their three pampered felines. In her next life, she fervently hopes to come back as a cat, though she understands that would be going down the karmic ladder.

a Rafflecopter giveaway
REVIEW
*I received a free copy of this book which I voluntarily chose to write an honest review for.

This book had me cracking up as the main character Jade tried to deal with her house guest and added company that was not invited. Her guest Gwen used to be a professor like Jade was enjoying scientific research and all that entails. When she shows up though she has embraced a New Age belief system and is totally inconsiderate of her host at every turn which makes Jade wonder what happen in the intervening years. Gwen tells Jade she is hosting a seance without asking then at the end she announces the exact way someone will be dying soon. Weirdly enough it happens and when all the dots are connected Gwen as the main suspect cannot leave town. What follows is a crazy crash test of an investigation that Jade stumbles through in an effort to get her house back. The evil cat made me giggle and so did all the crazy stuff Gwen kept doing though it all made the story move rather quickly until I found myself at the last page shaking my head at all of their antics. This is a well written cozy mystery that will provide a nice escape from the real world for a few hours. I really enjoyed it so it gets 4/5 stars.