Blog Tour & Giveaway for the 46. Ascending Series by S.R. Cronin 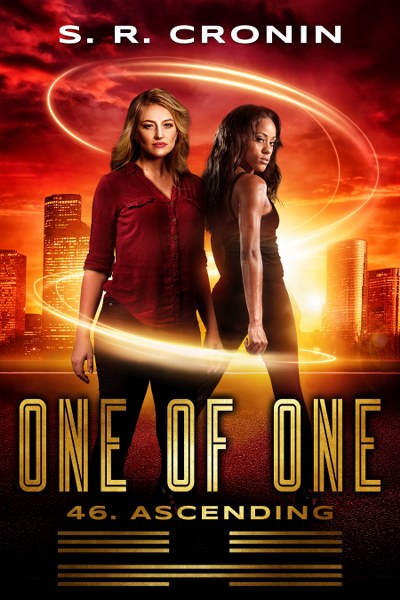 One of One
46. Ascending Book 1
by S.R. Cronin
Genre: SciFi Fantasy, Adventure

Celebrate the superhero in us all in this unique exploration of the connections we forge.

Somadina, a young Nigerian telepath, faces a crisis. Since being forced into a frightening marriage, her sister, Nwanyi, has disappeared into thin air. Not even Somadina's gift can help locate her sibling. Terrified and desperate, she reaches out to fellow telepath, Lola--a Texas scientist--for assistance.

Lola, however, has been steadfastly ignoring the disturbing phenomenon in her mind for decades, and has no intention of embracing it now--much less for a total stranger. But once it becomes apparent Nwanyi is a pawn in a dangerous political game, the stakes rise for everyone, and Lola is forced to reconsider.

Can these powerful women overlook their differences and use their unique gifts to stop a fanatic willing to kill anyone to alter his nation's future? 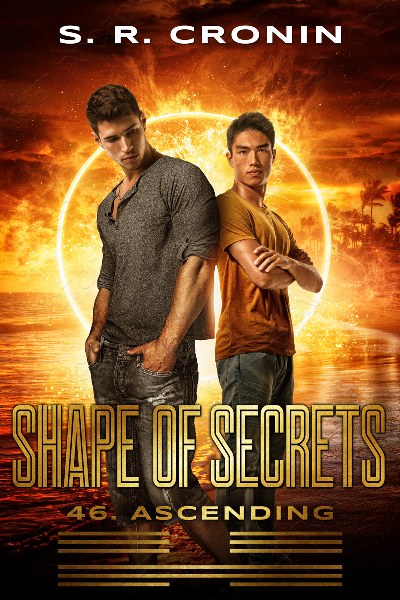 Zane, a young man with the ability to change his appearance, is starting his first job at Penthes Pharmaceuticals. However, it's not what he expects. Soon he is drawn into a world of corporate secrets and dangerous knowledge.

The deceptions are only beginning. A sales trip to the South Pacific leaves Zane dealing with an unsolved murder, an unsavory boot camp manager, and new friends with abilities as surprising as his own.

Can he use his unique talents to unravel the mysteries he's been presented with? More importantly, can he find out who framed his friend for murder before it's too late? 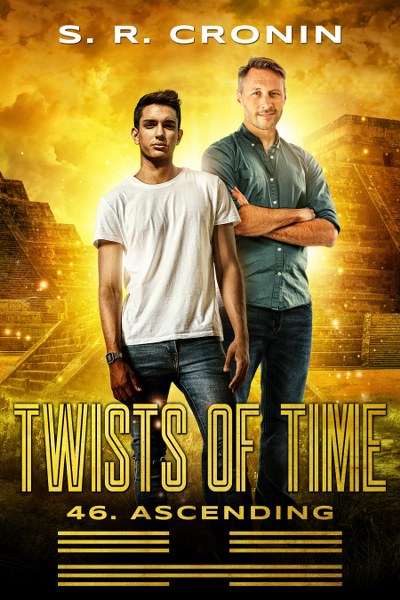 Uncover the startling truth before time runs out in this complex search for an ancient treasure.

Alex is a former basketball player who has always been able to bend time. These days he teaches physics and parents three quirky children alongside his unusual wife.

When the administration at his high school wants to reignite its history with organized hate groups and return to an era of white supremacy, Alex can no longer remain the quiet bystander. He must stand up and fight for what he believes is right.

Further complications arise when Stan, an old high school rival, needs Alex's code-cracking skills. Just when Alex has his hands full at school, he's drawn into a treasure hunt. Stan and a handful of ex-grad students lost an obsidian box years ago containing instructions to find an important discovery. As they reconstruct what happened the night the artifact went missing, they need Alex's help to find the last two hidden relics containing the remaining clues to the treasure.

As both of Alex's situations grow more dire, it becomes clear he must tap into the abilities he left behind. Can he manipulate time for the people and causes he cares about most? 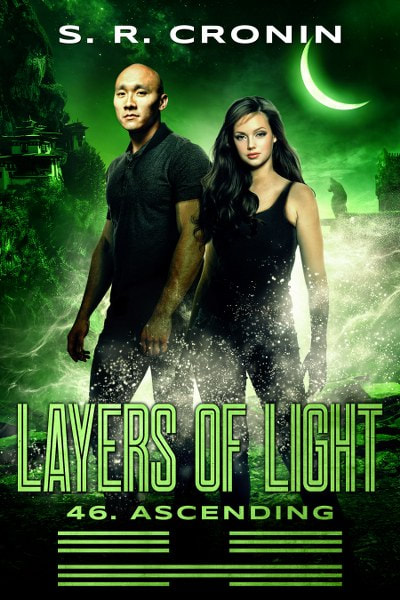 Celebrate those who light a candle in the darkness in this compelling and eye-opening tale.

Teddie is into country music, her old pick-up truck and getting through high school with as little drama as possible. Yet somehow her best friend, Michelle, talks her into spending a semester in Darjeeling, India. The thrilling adventure turns treacherous when a seedy underworld threatens her friends.

As she fights to understand a depravity she never dreamed existed, a stranger makes her an unexpected offer. He'll train her to find the missing girls, but she will have to trust in abilities she barely believes exist and summon more courage than she thinks she has. And there will be no going back.

Given the choice between this and abandoning her friends to their horrifying fate, the decision is simple. She must rise to the challenge.

But how can she make such a commitment when she doesn't understand what it is she can do? 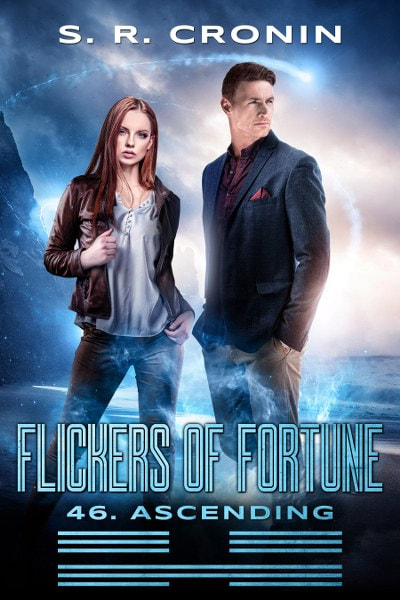 Cling to the edge of your seat in this high-finance, high-stakes adventure.

What do we do with knowledge of the future? Clairvoyant Ariel has been doing her best to ignore it, finding the whole thing a nuisance. But when she comes across people using similar abilities to get extremely rich, her interest is piqued.

Then she discovers a second collection of gifted people. They care about ensuring the survival of the human race, but that doesn't stop them from being dangerous and crazy, too. Soon Ariel becomes the object in a game of tug of war between the two groups, as they fight to have her--and her particular talents--on their side.

She can't possibly help them both. Aligning with either could be a terrible idea. But how can she stay out of it when so much is at stake? 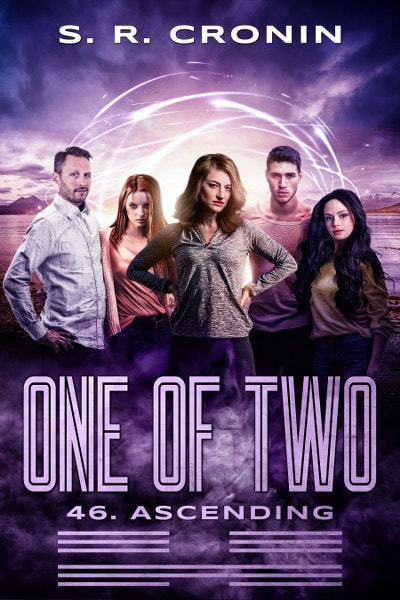 Join an extraordinary family on a heart-pounding adventure as they face mortal danger.

Telepathy creates as many problems as it solves, as everyone in the secret organization x0 would admit. Those problems become much worse when budding psychic Lola discovers another group of telepaths associated with a powerful media empire. This group is willing to destroy anyone capable of challenging them.

Soon, Lola’s family and friends are in danger. Fortunately, they are gifted with astonishing abilities of their own. Yet, none of them know how to fight. It will take every power they posses, and the allegiance of a helpful warrior, to bring down the arrogant adepts who do the bidding of a man hell-bent on promoting destruction.

Can the talented people Lola cares about learn to trust each other and work together in order to save the world? 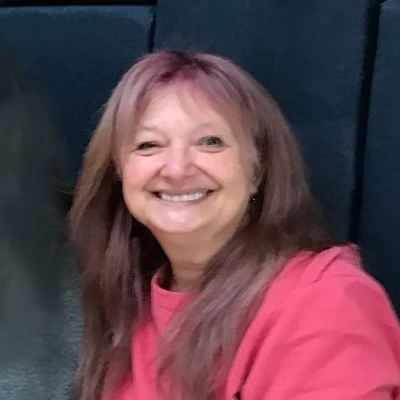 Sherrie Cronin is the author of a collection of six speculative fiction novels known as 46. Ascending and is now in the process of publishing a historical fantasy series called The War Stories of the Seven Troublesome Sisters. A quick look at the synopses of her books makes it obvious she is fascinated by people achieving the astonishing by developing abilities they barely knew they had.

She’s made a lot of stops along the way to writing these novels. She’s lived in seven cities, visited forty-six countries, and worked as a waitress, technical writer, and geophysicist. Now she answers a hot-line. Along the way, she’s lost several cats but acquired a husband who still loves her and three kids who’ve grown up just fine, both despite how odd she is.

All her life she has wanted to either tell these kinds of stories or be Chief Science Officer on the Starship Enterprise. She now lives and writes in the mountains of Western North Carolina, where she admits to occasionally checking her phone for a message from Captain Picard, just in case.