Book Blitz & Giveaway for The Prince's Bride by J.J. McAvoy 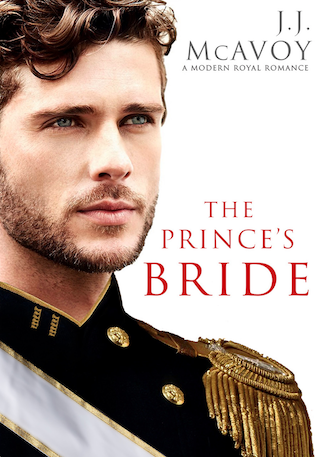 He is a spoiled playboy prince whose family is in desperate need of money.

She’s an American heiress who can only get her inheritance through marriage.

According to their families they are a perfect match.
According to each other, arranged marriages have no place in modern times and this could not possibly work.

But Prince Galahad “Gale” of Ersovia is bound by duty to obey the crown anyway.

Odette Wyntor doesn’t give a damn, she doesn’t want to get married.

Can he change her mind?
Can she even handle what it means to be royal, if he did?

The Prince’s Bride is Part 1 of a 2 part series.
Part 2 arrives a month later.

“Oh, right, I bet you have a lot of exes that would try to destroy me or something.”

“You do!” She pointed at me, grinning like she’d won the lottery.

“They would not try to destroy you. They would be jealous, of course, but still.” My past was a little more recent, but it was still the past. “I bet you have men that would want to kill me, too.”

She shook her head and shrugged. “All my exes are married now.”

“Just because they are married does not mean they do not still want you.” Some of mine were married when I met them. But I was not going to admit that, or she really would just get up and walk away.

She snickered. “You have no idea how good I am at burning bridges.”

“Oh, also”—she was very good at changing the subject—“we don’t even know if we will like each other. What if we can’t stand each other?”

“We don’t even know if we will like each other. What if we can’t stand each other?”

“Because…just because,” she grumbled with her eyes closed.

“You’re laughing at me, but I’m serious. You came all the way here, but what if you hate me? More importantly, what if I hate you?”

More importantly. “How about you and I get to know each other more while I’m here.” That was originally my goal, but something had shifted in the last twenty-four hours.

“Get to know each other?” She grimaced against the pillow. “That sounds like dating.”

“Yes, I believe that is what the commoners call it.”

“You are very difficult. You know that, right? You will not agree just to get married, but you also dislike dating.”

She smiled, partially asleep. “I know. My mom is always annoyed with me about it. Are you giving up on me already, Your Highness?”

“For the sake of my country and pride, I refuse.” 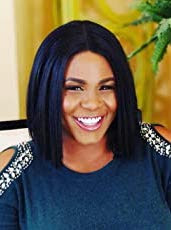 J.J. McAvoy was born in Montreal, Canada and graduated from Carleton University in 2016 with an honour's degree in Humanities. She is the oldest of three and has loved writing for years. She is inspired by everything from Shakespearean tragedies to current culture. Her novels hope to push boundaries and allow readers to look at the world from another perspective. Please feel free to stay in touch with her via Facebook, Twitter, Tumblr and youtube, where she video blogs.