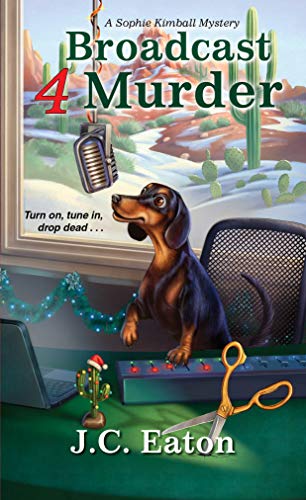 All of Arizona’s Sun City West heard Sophie “Phee” Kimball’s mom scream bloody murder, but it’s up to the reluctant sleuth to find the killer . . .

Phee’s mother Harriet is going to be a star! At least, that’s how the Sun City West retiree describes her chance to host a live radio program of her book club’s Booked 4 Murder Mystery Hour on Arizona’s KSCW. But instead of chatting about charming cozies, Harriet ends up screaming bloody murder over the airwaves after discovering the body of Howard Buell, the station’s programming director, in a closet—with a pair of sewing shears shoved into his chest.

The number one suspect is Howard’s ex-girlfriend Sylvia Strattlemeyer who believed she was going to host a sewing talk show before Harriet was offered the spot. But not only do the fingerprints found on the scissors not match Sylvia’s, they belong to a woman who passed away twenty years ago at the age of ninety-seven. Now, with the whole town on pins and needles, it’s up to Phee to stitch together enough clues from the past to uncover the identity of a killer in the present . . .

REVIEW
*I received a free copy of this book which I voluntarily chose to write an honest review for.
Phee is back with another adventure with her mother and her book club. This time her mother and another lady get the chance to have a live radio show planning to talk about all the different types of murder books. Excited for the first show Phee tunes in only to hear things go horrible wrong when the two woman find a dead body at the station while broadcasting live. Knowing how her mother is she starts looking into things before the cops even ask for their P.I. business to help. This leads to a multi layered investigation that of course has to involve Streetman the spoiled dog. As the clues pile up she figures it out at the last moment. Full of quirky characters that provide all sorts of entertainment that makes for a pleasurable read as the clues play out. The quirky dog is just the cherry on top of the cake. A great read for cozy fans with a surprise at the very end. I really liked it so I give it 4/5 stars. 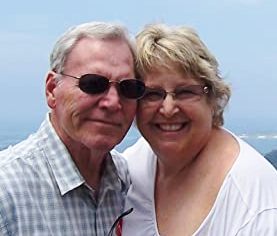 J.C. Eaton is the wife and husband team of Ann I. Goldfarb and James E. Clapp, authors of the Sophie Kimball Mystery Series and the Wine Trail Mysteries. A New York native and former middle school principal, Ann has published eight award-winning and highly acclaimed YA time travel mysteries. James is a U.S. Navy veteran and retired tasting room manager for a large upscale New York winery. Visit their Website at JCEatonMysteries.com. --This text refers to the mass_market edition.