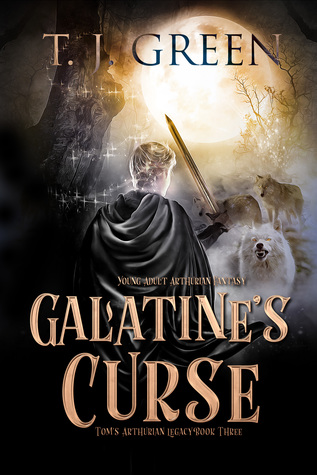 
An ancient sword. A dark secret. A new enemy.
In the third book in the series, Tom has established a new life in the Otherworld, a life he loves. He lives with Arthur in New Camelot, and Arthur is hosting a tournament. Eager to test his sword-fighting skills, Tom’s competing. But while the games are being played, his friends are attacked and everything he loves is threatened. Tom has to find the intruder before anyone else gets hurt.
Tom’s sword, Galatine, seems to be the focus of these attacks. Their investigations uncover Galatine’s dark history and a terrible betrayal that a family has kept secret for generations. But this secret now puts others at risk, including Tom, and he realises that he could lose everything unless he can solve the mystery of his sword’s past.
Galatine’s Curse is the third book in the YA Arthurian fantasy series, Tom’s Arthurian Legacy. If you enjoy magic and mystery, a strong group of characters and Arthurian fantasy, then you’ll love this action-filled adventure.
Buy Galatine’s Curse for your thrilling new fantasy adventure today!

Goodreads / Amazon
—
EXCERPT:
They shuffled towards the light, and Tom gasped. The passage had opened out, and they were on a narrow shelf, looking out across a large cave that twinkled with a faint blue glow. Far below them was a lake lit from beneath, reminding Tom of Ceridwen’s Cauldron.
“Where’s the light coming from?” Tom asked, as he craned round to look at the cave. It was almost circular, and although the lake was a long way down, the roof seemed far above them too.
“Great Goddess!” Nimue murmured. “It must be coming from daystar sapphires.” She pointed. “There are hundreds set into the cavern walls.”
“What are those? I’ve never heard of them,” Brenna said.
“Very rare stones with strong magical properties,” Nimue replied. “Only those who practise magic use them, and they’re very hard to get.” She gazed around with wonder.
“And yet Raghnall seems to have had his own enormous supply,” Arthur said.
“I wonder,” Merlin said, “could they have been used in Filtiarn’s spell?”
A narrow walkway ran off to their right before petering out, and Merlin felt his way along, heading towards where a smattering of stones came within reach.
“Maybe,” Nimue murmured, deep in thought. “They have the ability to enhance any spell, but the power actually makes them dangerous. I have never used them, even when I had some. If they’re used incorrectly, they can cause what I can only describe as a magical explosion.”
“That’s a long way down,” Bloodmoon said, peering over the edge. He picked up a stone and dropped it. It was several seconds before they heard a faint splash. “I think there’s something down there.”
“Like what?” Tom said, alarmed.
Beansprout dropped to her knees, better to look over the edge. “Can you see that black shape against the blue? It looks like it’s circling around.”
“It’s getting bigger,” Woodsmoke said. “Is that because it’s getting closer?” He looked at Bloodmoon, annoyed. “Have you woken something?”
“I only dropped a stone in!” he said, indignant. “Whatever it is, it’s a long way down. You worry too much, Woodsmoke!”
Before anyone else could comment there was an enormous splash and the black shape emerged from the water, silhouetted against the blue. The shape kept coming, and then a spurt of fire emerged from the blackness, followed by the familiar roar of a dragon.
“It’s a bloody great dragon,” Arthur yelled, pulling Excalibur free with a hiss. “Run!”
But Merlin was still at the end of the ledge, examining the stones.
“Merlin, get a bloody move on!” Arthur yelled, preparing to fight as they stood mesmerised by the dragon’s approach.
And suddenly Tom was aware of Galatine, trembling, its hilt warm to the touch. “How can it live in water?” he shouted as he pulled Galatine free, its opals now swirling furiously.
“Water dragon,” Nimue yelled above the roar, “very vicious, and territorial.”
A blinding white light emitted from her hands, held palms forward, forming a wall in front of them just as the dragon drew level and released another stream of fire.
They instinctively ducked, but the shield held, turning into a wall of flame as the fire hit it. Beyond, the dragon flapped its enormous wings and fixed them with a vicious stare before flying round to circle back, its huge wing span creating a rush of air.
“Wow!” Tom said, rising to his feet and looking with new appreciation at Nimue.
Merlin stumbled, and Arthur ran to him, helping him to his feet. Woodsmoke and Bloodmoon had already drawn their arrows in case the shield failed.
“Get a move on, Merlin,” Nimue commanded icily. She turned to Beansprout. “Join your hand to mine, and hold your other hand out, like me.”
Without hesitating, Beansprout did as she asked, and Tom saw her stiffen as a wave of power travelled through her, strengthening the shield.
Tom watched the dragon turn back towards them, dripping with phosphorescent water, like a sheen of blue fire racing along its wings and dripping down its jaw. It was magnificent and terrifying all at the same time. 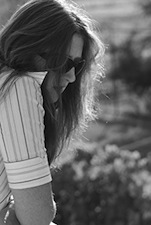 
T J Green was born in England, but moved to New Zealand 10 years ago. She currently lives near Wellington with her partner and her cats Sacha and Leia. When not writing she does lots of reading, gardening and yoga.
In a previous life she's been a singer in a band, and has done some acting with a theatre company - both of which were lots of fun. On occasions she and a few friends make short films, which begs the question, where are the book trailers? Thinking on it ...
Tom's Inheritance is TJ Green's first book in the series Tom’s Arthurian Legacy, the sequel Twice Born was released in February 2017. Galatine’s Curse, book 3, will be released in March 2018. She is also working on a few short stories which further expand the world of Tom in the Other.
Her new project is an urban fantasy series about witches.