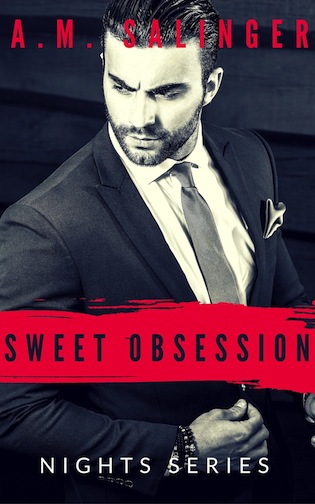 
He is the one person I love more than life itself. The one person I will do my utmost to protect. The one person I can never touch — Luke
He is the only one I have ever wanted. The only man I would ever need for as long as I breathe. But he doesn’t love me. No, he hates me —Ash
Ash Colby wants nothing more than to free himself of the man who broke his heart the night he turned seventeen. But when Luke Rutherford, his former guardian and heir of Rutherford Industries, forces him to move from his quiet college life in Stanford to the other side of the world, Ash snaps and decides to confront Luke about their past.
Luke has loved Ash since he was a child and been in love with him for over half a decade. Having protected Ash from the woman who wanted to hurt the young Colby heir in the past, Luke must act swiftly in order to keep Ash safe from harm once more. But when his bold move backfires on him, Luke must face the consequences of the decision he took on the night Ash turned seventeen.
Will Ash forgive Luke when he discovers the truth behind the terrible act he witnessed five years ago? And as the walls Luke had erected to protect Ash from his lust come crumbling down around him, will he overcome his guilty conscience and finally admit his true feelings for Ash?
If you like sweet, sexy men with dark pasts and a whole lot of love to give to the ones brave enough to win their hearts, then you’ll love this novella in the hot, contemporary romance series Nights by A.M. Salinger. Note from the author: Although each book in Nights can be read as a standalone, you will enjoy this series even more if you read the books in order!
This is a novella length MM romance with a HFN. Luke and Ash’s HEA is coming in 2018! 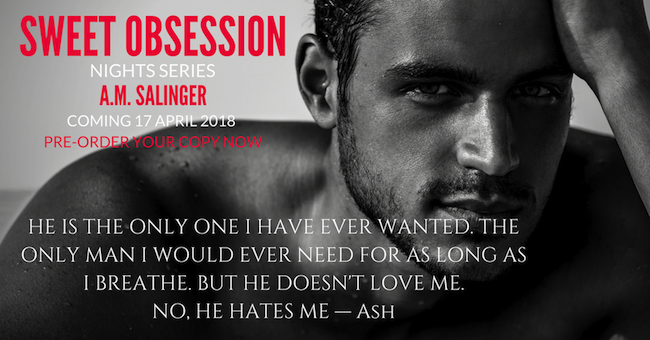 
Ava Marie Salinger is the pen name of an Amazon bestselling thriller author who has always wanted to write scorching hot contemporary and erotic romance. In 2017, she finally decided to venture to the steamy side. NIGHTS is the first of several sizzling series featuring sweet, sexy men and women with dark pasts and a whole lot of love to give to the ones brave enough to fight for their hearts. When she’s not dreaming up hotties to write about, you’ll find Ava creating kickass music playlists to write to, spying on the wildlife in her garden, drooling over gadgets, and eating Chinese.
Want to be the first to know about Ava’s new releases and get access to exclusive content, sneak previews, sales, and giveaways ? Then sign up to her Reader Group here: https://www.amsalinger.com/subscribe/