Book Blitz & Giveaway for Servant of Rage by A.Z. Anthony 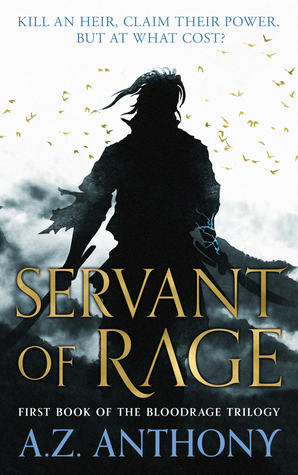 To kill an heir is to claim their power. But at what cost?
As the khan’s fiercest headhunters, brothers Subei and Bataar are feared across the steppe. When they’re struck by lightning from a freak storm, however, they awake to find unnatural powers growing within them. And what’s more, they’re not alone.

All across the land other “heirs of the ancestors” have been imbued with these powers. Some call it a gift. Others, a curse. The khan calls it opportunity.
Under the tutelage of two infamous women – one a conqueror, the other a monk – the brothers are sent to the lands of the mighty Zhong empire to hunt heirs and consume their power for the good of the khanate.
With each kill, their powers grow. But so too does something else, boiling beneath the surface until it breaks free in uncontrollable fits of violence. As these so called bloodrages grow stronger and last longer, Subei and Bataar must weigh their duty, and their honor, against the unnatural madness growing within.

Goodreads / Amazon
—
EXCERPT:
The other hunters shied from the task, mumbled excuses and accepted easier assignments. Fool’s errands, more like. If ten years of training and two more as a hunter had proved anything, it was that Subei was not one to let an opportunity pass him by.
“Let me get this straight,” Kashi said, shaking his head. “The khan marks murderers, horse thieves, and petty smugglers, but we’re assigned to hunt down the longest serving commander in the entire damned khanate?”
“Assigned?” Subei said with a laugh. “Ancestors above, brother. We weren’t assigned. We volunteered.”
Silence followed. Kashi’s expression, previously one of surprise, descended into a suspicious scowl.
“You volunteered, you mean?”
“Well, as the foremost, I speak for all of us,” Subei said, clapping Kashi and their older brother, Bataar, on the back. “So in the eyes of the khan, we volunteered.”
Subei smiled. There was a significant difference between being ordered to do a thing and volunteering for it. It was the difference between mindless servitude and burning ambition. The difference between being no one and being the khan’s finest hunter.
He held tight to his smile even as anger built in his younger brother’s eyes. Looked a river in the summer rains, swelling until it burst its banks.
“You’re a damned madman.”
“Probably.”
“You’re going to get us killed!”
“Probably that, too.”
“Ancestors damn it, Subei! Can we not just have an easy assignment for once?”
“Kashi, little brother.” Subei shook his head. Had he learned nothing after all this time? “Opportunity—”
“Opportunity is missed by most because it comes soaked in blood and looks to be suicide. You’ve said it a hundred damned times.”
“So what’s the problem?”
“The problem is the part where we hunt one of the fiercest men the steppe has ever known, and probably end up dead as a result.” He cursed under his breath and began to pace back and forth.
Always had been a bit lacking on the courage side of things, had Kashi. A trait from his parents, perhaps. Subei called him and Bataar brother, though they were not brothers by birth but rather by trade. Hunters, trained together from childhood. Subei didn’t share blood with either of them, but after twelve years and countless hunts together, that counted for very little.
Kashi continued to fume for a minute before he finally turned to Bataar.
“Oh, so you’re smiling too?”
The big man shrugged. “It’d be a fine thing to bring down Commander Jian. Horse thieves and smugglers have gotten a bit, well, boring.”
“Boring? Oh, boring is fine. Boring doesn’t end with a spear in my chest.”
Bataar hefted his wicker-and-iron shield and patted the horseman’s saber at his hip.
“You’re the tracker. You find the bastard, we’ll take care of the rest.”
“And after you take care of ‘the rest’ — or it takes care of you — it’ll be my job to drag what’s left of your bodies back to the khan.”
“Well, you won’t have to drag us far,” Subei said, savoring the best part of the news for just a moment longer. “The commander just left camp yesterday. Hardly has any lead on us at all.” He nodded to the west, through the great tent city that always followed the khan’s camp and out to the wide, windy steppe beyond.
“Oh, wonderful. We can catch up to our deaths that much quicker, then,” Kashi said, shaking his head.
“You worry too much, little brother.” Subei smirked and patted him on the shoulder, but Kashi shrugged the gesture away.
“Someone has to, seeing as neither of you care to bother.” 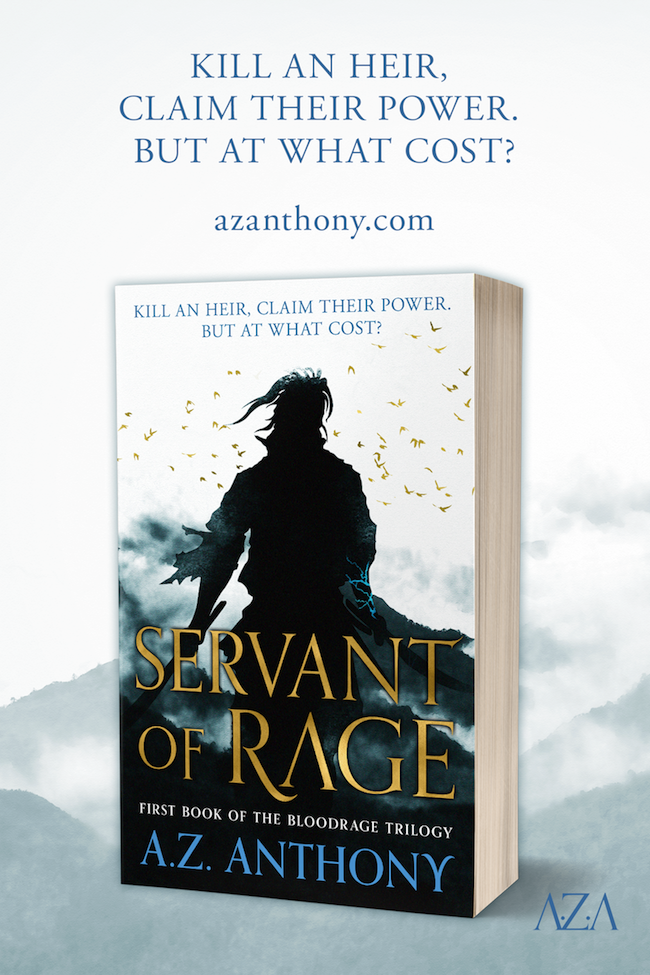 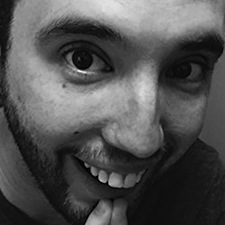 
A.Z. Anthony is best known for his genre-warping fiction whose popularity commonly crashes global markets. Also, his humility. More realistically, he is the author of several award-winning short stories. His debut novel, "Servant of Rage," releases April 3, 2018. He’s also hard at work on an additional standalone novel, the two sequels to "Servant of Rage," and is a contributor at The Fantasy Hive.
You can learn more at Azanthony.com.