My Best Friend by Cragan Collins

My best friend is a stripper.

Scratch that. She’s an exotic dancer.

Yes, Pru Davis is the featured performer at Fast Freddy’s, a gentleman’s club here in Decatur, Illinois. Over time, she’s trained me to call her an exotic dancer, but I have to watch myself. Otherwise, the word “stripper” pops out of my mouth before I can stop it.

I never, ever expected to make friends with a woman who prances around in the buff, let alone become so close. My name is Cragan Collins, the year is 1986, and I’m recently divorced. Since I’ve lived in the Midwest all of my life (so far, at least), I’m pretty conservative. That said, I can’t dislike Pru because of her occupation. After all, that’s her business.

I did, once upon a time, broach the subject with her. “Aren’t the men in your audience exploiting you?” I had asked.

She threw back her head and laughed so hard she almost wet her pants. “That’s a good one,” Pru said, wiping her eyes. “Cragan, I’m exploiting them! See, I’ve been stared at my whole life. One day I figured I should make men pay for the privilege. I was sick and tired of the wolf whistles and the racy comments. I thought to myself, ‘They should put up or shut up.’ Shortly after that, I entered an amateur night contest at a gentleman’s club. I didn’t win, but the manager took me aside and told me I had potential. The rest, as they say, is history.”

Anyone who isn’t blind could see what Pru meant. She’s stunning, so of course, people stare at her. Her long thick hair is naturally red, but the shade is one of those beautiful colors streaked with gold. Her eyes are huge, and her figure is fabulous. Even if you threw a paper bag over Pru’s head, men would still notice her because there’s something innately sexy in her person. Unfortunately, her fantastic looks often tricks people into thinking she can’t possibly be nice or smart, much less both. But she is. Pru is as lovely on the inside as she is on the outside. She’s also smart as they come.

Knowing Pru has taught me not to pre-judge people. I would never have guessed that she would be such a sweetheart, but she is. She’s also my best friend.

About The Friday Night Mystery Club 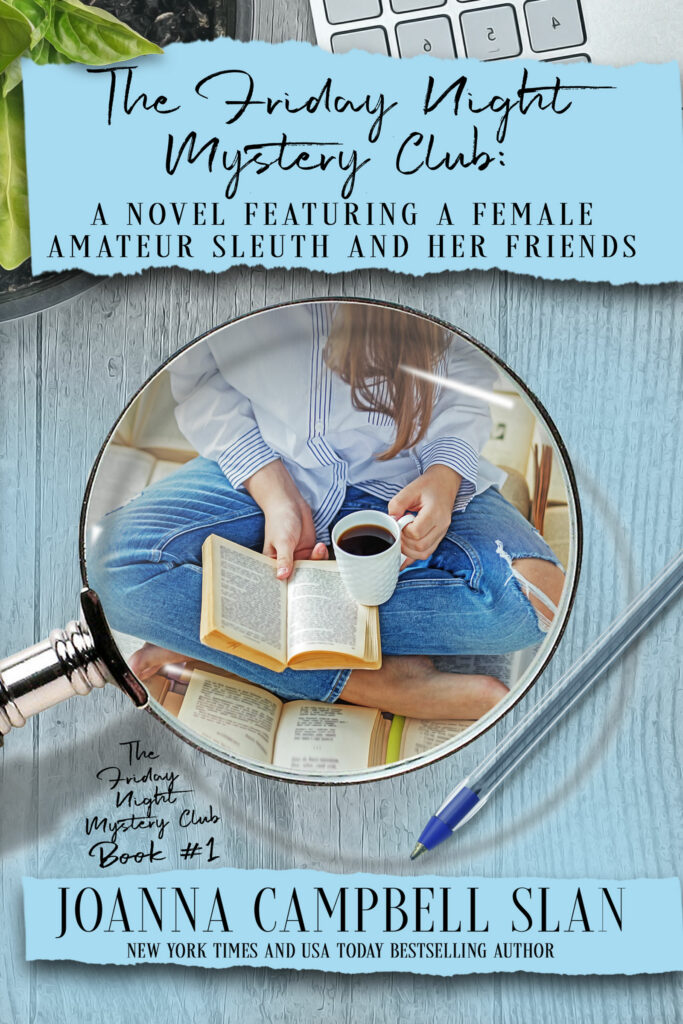 Decatur, Illinois/1986 - A nasty divorce leaves Cragan Collins with a mountain of bills and her grandmother to support. She takes a job as an ad salesperson for The Gazette. The market is tough, but Cragan finds a mentor in business reporter, Robert Smithson. One icy January day, Robert is found dead in a city park. His murder is dismissed as gay-on-gay crime. Cragan asks The Friday Night Mystery Club to find justice for Robert. Will Cragan's quest for the truth land her on the obituary page?

Excerpt
Sadness turned to anger. Who had killed him? And why? Was it because he was gay? Or was it because of his job? I knew that Robert had gotten death threats before. He was a hard-hitting investigative reporter and his beat was area businesses. His work had uncovered fraud, malfeasance, misconduct, and mistreatment of employees. No one wanted to answer the phone when Robert Smithson called.
REVIEW
*I received a free copy of this book which I voluntarily chose to write an honest review for.
This is a fabulous start to a new series. We meet Cragan as she is dealing with the aftermath of a horror divorce that has left her in bad financial trouble. Needing to support herself and het grandmother she takes a job at the Gazette. When her mentor is murdered she finds herself getting involved leading to non stop action, hilarious situations, and a great cast of characters. Keeps you guessing until the very end making for a great read. I totally loved it so I give it 5/5 stars. 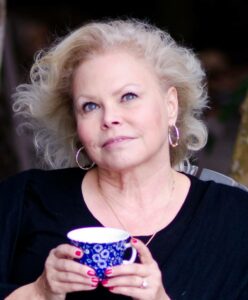 Joanna is a New York Times Bestselling, USA Today Bestselling, and Amazon Bestselling author as well as a woman prone to frequent bursts of crafting frenzy, leaving her with burns from her hot glue gun and paint on her clothes. And the mess? Let’s not even go there.

Otherwise, Joanna’s a productive author with more than 80 written projects to her credit. Her non-fiction work includes how to books, a college textbook for public speakers, and books of personal essays (think Chicken Soup for the Soul).

A former TV talk show host, college teacher, and public relations specialist, Joanna was one of the early Chicken Soup for the Soul contributors. She won a Silver Anvil for her work on the original FarmAid concert to benefit farmers.

In her ongoing quest never to see snow again, Joanna lives with her husband and their Havanese puppy, Jax, on an island off the coast of Florida. You can email her at jcslan@joannaslan.com or visit her website at https://linktr.ee/jcslan